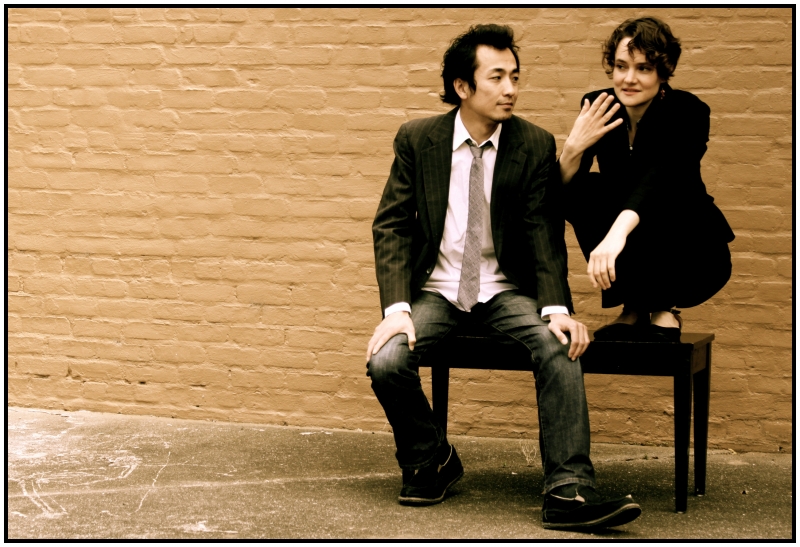 ZOFO is the dynamic partnership of internationally acclaimed solo pianists Keisuke Nakagoshi and Eva-Maria Zimmermann.  One of a rare handful of professional ensembles worldwide focusing exclusively on piano duets, ZOFO is rediscovering and energetically performing hidden gems of the traditional one-piano-four-hands repertoire, along with a strong dedication to 20th and emerging 21st century works.  As innovators in the genre, ZOFO also performs fascinating one-piano-four-hands arrangements of famous orchestral pieces, such as Igor Stravinsky’s Rite of Spring, exploring the realms in which many composers first experienced their symphonic visions.

Since their first performance together in the fall of 2009, ZOFO has made some remarkable achievements:

– Finalists: 2011 Osaka International Chamber Music Competition – only piano duo to be elevated to the final round

ZOFO believes that the piano duet is the most intimate form of chamber music, with two performers playing synchronized, interwoven lines on one instrument.  The choreography of the four hands is as beautiful to watch as the rich tapestry of sounds dancing out of the piano.

ZOFO is deeply committed to enriching the one-piano-four-hands repertoire by commissioning new works each year.  Eva and Keisuke recently commissioned a new piano duet from brilliant American composer Gabriela Lena Frank, which will have its world premiere in 2012-13.

Based in San Francisco, ZOFO is a fiscally sponsored Affiliate of The San Francisco Friends of Chamber Music.