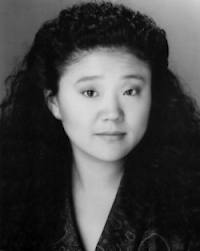 A Japanese-born pianist, Yuko Tanaka began playing piano at the age of five. An active performer, she has appeared throughout Japan, Austria, Bulgaria, Belgium, and the United States. Since winning 3rd prize at the 41st World Piano Competition in 1997 in Cincinnati, she has won many prizes at competitions. She was recently a winner in the Honors Competition at the Longy School of Music. She appears frequently at many festivals, including the International Keyboard Institute and Festival in New York, Musikseminar in Vienna, and International Piano Week in Belgium. As a chamber musician, she has performed as a member of the Sky Trio, a chamber ensemble founded in 2007 at Longy. This group was accepted into the fellowship program at the Garth Newel Music Center in 2009.

Yuko received a Bachelor’s Degree with Distinction from Mukogawa University and a Master’s Degree from Kobe College in Japan with the top grade. In the fall of 2007, she moved to the U.S. and received the Graduate Performance Diploma in Solo Piano with Distinction from the Longy School of Music. She is currently a candidate for the Graduate Performance Diploma in Collaborative Piano at Longy. She has studied with Victor Rosenbaum, Robert Merfeld, Boris Bekhterev, Naoyuki Inoue and Yumiko Yamamoto.