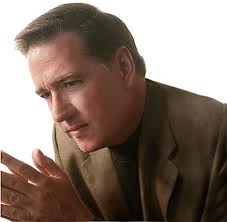 William Wellborn is a highly sought-after pianist, teacher and clinician in the United States and Europe. He has given concerts in twenty states and six countries. Guest artist appearances include the American Liszt Society, the New Orleans Institute for the Performing Arts, the Paderewski Festival , and the Chopin chez George Sand festival de piano in La Chatre, France. This past summer he had the honor of presenting an all-Liszt program on Liszt’s piano at the Liszt Museum in Weimar, Germany. In addition to performances with several Texas orchestras, Mr.Wellborn has also appeared as soloist with the Sudeten Philharmonie in Poland. Since 1996 Wellborn has been involved with A CONCERTed Effort, a concert series which to date has raised more than ¤1,000,000 for various AIDS organizations.

The American Record Guide wrote of a recent MARCO POLO disc of the Shakespeare Songs of Castelnuovo-Tedesco with soprano Anne-Victoria Banks that “Wellborn is a splendid accompanist.”

From 1999-2001 he co-directed The Heritage of Frederic Chopin tours, and is now leading the In Search of Franz Liszt tours, which explore the life and career of Franz Liszt. Wellborn is also the founding president of the San Francisco Bay Area Chapter of the American Liszt Society and Vice-President of the San Francisco Council of the Chopin Foundation.

A faculty member of the San Francisco Conservatory since 1989, Wellborn also teaches advanced students from around the world each summer at the Franz Liszt Summer Piano Academy in Sopron, Hungary. From 1998-2003 he taught at the Masterclasses of Saint Malo summer music program in Saint Malo, France. His students frequently receive numerous awards in local, state, and national competitions. A native of Texas, Dr. Wellborn holds degrees from the University of Texas at Austin and the New England Conservatory.