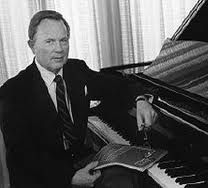 William Corbett-Jones, a distinguished artist/professor at San Francisco State University, has performed throughout the United States, Canada, Mexico, Europe, Africa, Australia, and Asia as soloist with orchestra, recitalist, and in collaboration with internationally renowned colleagues. His concertizing in Europe has included recitals in most of the major capitals with orchestras such as the Lausanne and Winterthur. He is widely known as a master class teacher. Mr. Corbett-Jones has performed for the BBC, Hilverum, Basel, Cologne, Paris, Brussels, and Istanbul radios, and has appeared many times in festivals such as the Salzburg Chamber Music Festival and the Meiringen Festival in Switzerland. He has been soloist with the Orchestra of Maggio Musicale of Florence under the direction of Kurt Masur, conductor of the New York Philharmonic.

For eight years Mr. Corbett-Jones was the pianist for the famed Alma Trio, which toured extensively. He was invited to be guest professor for a semester at Taiwan National Academy of Arts inTaipei. He made concert tours ofTaiwanand thePhilippinesand gave a recital at the Shanghai Conservatory. He has also served on the juries of several international competitions.

In addition Mr. Corbett-Jones has made several recordings and educational films and served as artist-in-residence atUniversityofSouthern California. He is a recipient of a Fulbright Grant and the Alfred Hertz Scholarship from the University of California, Berkeley. As an honorary fellow of Crown College at the University of California Santa Cruz, he was on the faculty and was pianist and music director of the Crown Chamber Players. In 1991 he was director of the American Liszt Society Festival. During his sabbatical year, 1992, he was invited to be artist-in-residence at LaSalle College of Arts in Singapore. The Music Teachers National Association invited him to give a master class and lecture recital at the 1991 national convention in Miami.

Mr. Corbett-Jones has presented several cycles of the complete works of Mozart and Chopin, as well as all the sonatas of Beethoven and Schubert. His vast repertoire includes practically all the standard solo and chamber music literature.