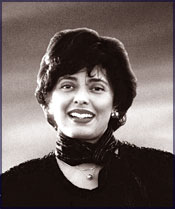 Sujeeva Hapugalle, has been recognized for her artistry and engaging performances around the world in five continents drawing such reviews as “…an artist of bold personality and intelligence …an absorbing and magical performance” ~ Kensington and Chelsea Times, London and “…a performance with great insight into the music and with profound understanding of stylistic complexities and rare artistry”~Beethoven Piano Society of Europe. Sujeeva has been listed in the coveted international roster of Steinway Concert Artists since 2001.

Sujeeva was an ABRSM scholar and a major prize winner at the Royal College of Music, London. She has won numerous awards at National and International Competitions in the UK and was also a recipient of the President’s Award in Sri Lanka.

She has broadcast on Classic FM (UK) and BBC Television. Sujeeva has been a frequent solo concert artist for many prestigious Concert platforms and festivals including the Chopin Society and the Beethoven Piano Society of Europe in their concert series at St. Martin in the Fields and St John’s Smith Square in London. Piano Concertos performed with orchestras include the Tchaikovsky No 1, Rachmaninoff No 2, Beethoven No 5, Grieg, Saint-Saens No. 2 and Gershwin’s Rhapsody in Blue. Most recently, Sujeeva performed the Beethoven Piano Concerto No. 1 with the Palo Alto Chamber Orchestra in California.

Sujeeva is an active music educator receiving regular invitations to present Master Classes and Lectures on concert tours. She runs a successful piano studio where several of students win County, State , National and International Piano competitions each year. She serves as adjudicator of competitions/festivals in the US and UK.

Sujeeva has been a keen supporter and performing artist for several charities in Sri Lanka, UK and the USA and was a select artist for Sir Yehudi Menuhin’s “Live Music Now” series in the UK.

Sujeeva has served on the Board of the San Francisco Chamber Orchestra. Amongst many projects, she initiated and helped found the popular Rush Hour Concert Series in San Francisco’s Financial District.

Details of her critically acclaimed discography can be accessed on www.sujeevahapugalle.com.