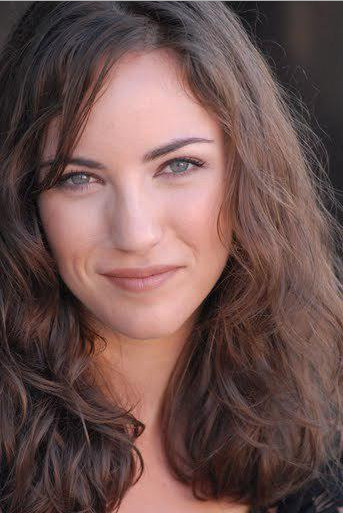 Renowned for her versatility and sterling vocalism, Shauna Fallihee has sung a wide range of repertoire with leading Bay Area ensembles. In 2003, Shauna made her Carnegie Hall solo debut with the Boston Symphony Orchestra and Bernard Haitink in Beethoven’s Chor Fantasie. Shauna was thewinner of the 2007 Mu Phi Epison Young Artist Competition.

In 2005, Shauna joined her mentor Robert Geary and the San Francisco Choral Society for her San Francisco concert debut in Monteverdi’s Vespers of 1610. She was invited back to join the Choral Society as the Soprano soloist in Mozart’s Mass in c minor, Vaughan Williams’ Dona Nobis Pacem, Mozart’s Requiem, and Schubert’s Mass in Eb. Additional concert performances include the soprano solos in Mozart’s Coronation Mass, excerpts of Handel’s Messiah and Saint-Saëns’ Christmas Oratorio with Masterworks Chorale under the baton of Bryan Baker. In 2010 and again in 2011, Shauna was the featured soloist with the Albany Chamber Orchestra, singing works by Schubert, Mozart and Handel. The 2008-2009 season saw debuts with West Bay Opera debut as Frasquita (Carmen) and as Barbarina (Le Nozze di Figaro) with both Goat Hall Productions and Open Opera. Additional operatic roles include Suor Genovieffa (Suor Angelica), Zerlina (Don Giovanni) and the Mother (Amahl and the Night Visitors) with East Bay Aria Club. Shauna was also heard as Romilda (Xerxes) and the Second Woman (Dido and Aeneas) with the New England Conservatory Light Opera Club.

A strong advocate of new music, Shauna sang several seasons with the acclaimed chamber choir, Volti. She has performed Messiaen’s Le Mort du Nombre and excerpts of Argento’s To be Sung upon the Water for the Nothingset Ensemble In 2006, Shauna had the pleasure of performing the world premiere of Ciara Sanker’s song cycle Winter is only a Small Sadness at UC Berkeley and the San Francisco Song Festival.

Shauna is in demand as a voice teacher and clinician in the San Francisco Bay Area. Between 2002 and 2005, Shauna was a teaching assistant in subjects ranging from solfege to music history at the New England Conservatory and University of New Hampshire. From 2005-2007, she was an artist-inresidence for Volti’s Choral Institute for High School Students. Shauna has coached in the choral programs of Miramonte and Acalanes High Schools. Shauna has given vocal technique workshops and acted as a clinician for Masterworks Chorale, Piedmont Choirs and San Francisco Choral Society. She currently serves over three hundred students as the vocal coach and choral assistant at Campolindo High School. S Shauna is also the vocal coach for Pacific Collegium’s Chapel College Conservatory program, directed by Christopher Kula. Shauna maintains a private voice and music theory studio.

Shauna received her B.M. in Voice Performance (with distinction in performance) from the New England Conservatory of Music as a scholarship student of Carole Haber. She pursued graduate work in Musicology at the University of New Hampshire. Shauna holds an M.M. in Vocal Pedagogy from Holy Names University in Oakland. She is a member of N.A.T.S (National Association of Teachers of Singing).