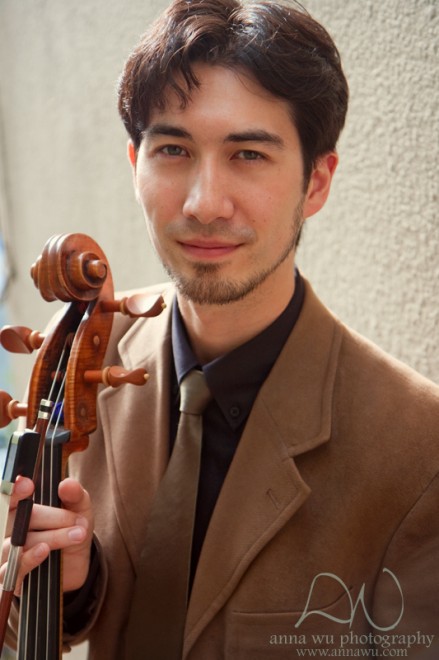 Samsun van Loon studied cello with Monica Scott, Noriko Kishi, and Jean-Michel Fonteneau. While attending the San Francisco Conservatory of Music he received the M.    Alan Neys award for first place in the Pacific Musical Society’s annual strings competition, along with the SFCM Chamber Music Honors Award. His love of chamber music started in the Preparatory Division of the SFCM, where he received his primary coaching from violist Susan Bates. A founding member of the Revenent Trio, Chabrier and Nexus string quartets, he has been fortunate to work with such groups as the Alexander, Miro, and Takacs Quartets. As a member of San Francisco’s own Classical Revolution, he plays an integral part in presenting chamber works by local composers, with the group’s focus being the ability to bring such performances to alternative and non-traditional venues. His recorded playing can be found on the Phoenix Spring Ensemble’s latest CD release Desert Dreams of Light, as well as the Arcos Chamber Orchestra’s presentation of the works of Swedish composer Anders Eliasson on the Neos label.