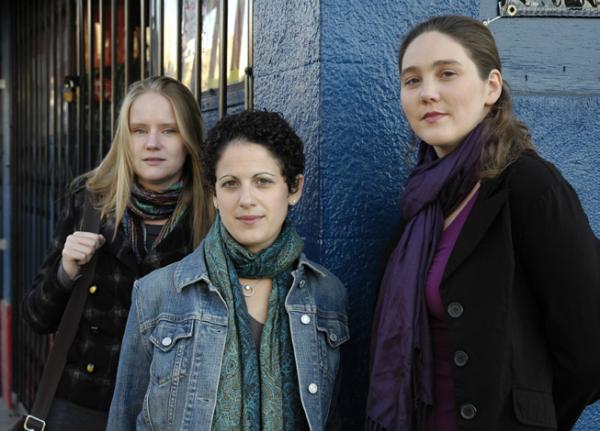 In 2009, One Art Ensemble commissioned Boston area composer Vartan Aghababian to set two poems by Elizabeth Bishop, which received their premiere on April 11, 2010 at Noe Valley Chamber Music. Their second commission was for Bay Area composer Liam Wade to set a collection of fantastical poems by Boston area poet Lisa DeSiro, which were premiered in February, 2010. In April, 2010, OAE premiered Candlelight Cafe, a work by LA based composer Weslie Brown arranged specifically for the trio by Liam Wade.

In the Fall of 2010, OAE premiered Mame Loshn, a cycle of 5 songs in Yiddish by Miriam Miller with poetry by Sarah Traister Moskovitz, in Port Townsend, WA. The trio is currently building a concert program around Mame Loshn that will explore Jewish faith and culture in chamber music from Europe and America, for performances in the San Francisco Bay Area in Spring, 2012.

OAE is part of the core membership of CMASH, a new music repertory group committed to establishing and nurturing long-term collaborative relationships between composers and performers. OAE served as the 2010 Ensemble in Residence for the PhD candidates in Composition at UC Davis, a residency which culminated in two public performances of six new chamber works composed for the Ensemble. Through ongoing collaborations with living composers, One Art Ensemble contributes to an expanding repertoire that is carefully crafted to highlight the full range and expressive power of this unique chamber ensemble.