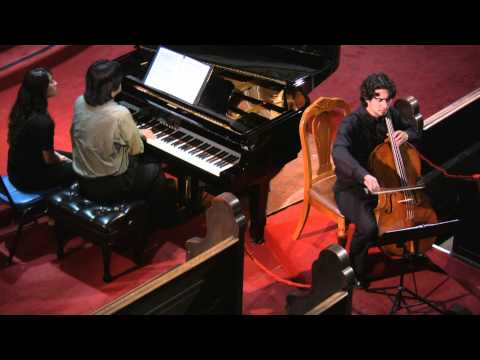 During his school years Michael won the top award in several prominent competitions, including the Santa Barbara Symphony/Esperia Foundation Young Artists’ Piano Competition in 1990 and the San Francisco Young Pianists Competition in 1991, where he also won the special prize for the interpretation of a nineteenth-centurey Romantic work.  In 1992 he played Beethoven’s Piano Concerto No. 3 with the San Francisco Chamber Symphony at the S. F. Herbst Theater. In January 1993 he was granted a level 1 award of “Arts Recognition and Talent Search” in the instrumental musical category for piano by the National Foundation for Advancements in the Arts. In May 1993 he was a first-place winner in the Chamber Music Division of the Kohl Mansion Young Musicians’ Competition. In 1996 he was a winner in the Gena Bachauer International Piano Competition.

While at Juilliard Michael served as staff pianist at the School of Strings in New York. From 1995 to 2001 he served as staff accompanist for the California Summer Music Festival in Pebble Beach, and from 1998 to 2003 as accompanist at San Francisco Conservatory and California State University Sacramento. In 2003 he became staff accompanist at the Eastman School of Music in Rochester, NY. Michael returned to the Bay Area in 2008, where he has continued his career as accompanist, recitalist, coach, and teacher.