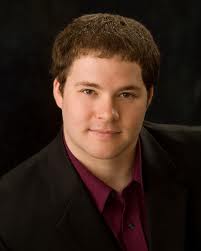 Tenor Michael Desnoyers has enjoyed many successful performances since coming to the Bay Area in 2008. Favorite roles include Almaviva in Il barbieri di Siviglia, Nemorino in Elixir of Love, Ramiro in Cenerentola, Albert in Albert Herring, Frederic in The Pirates of Penzance, Ferrando in Così fan tutte, Don Ottavio in Don Giovanni, Tamino in The Magic Flute, Pedrillo in The Abduction from the Seraglio, Bénédict in Béatrice et Bénédict, Pang in Turandot, Pluto in Orpheus in the Underworld, Sellem in The Rake’s Progress, The Witch in Hansel and Gretel, the County Attorney in the world premiere of Trifles, and Der Narr in Wozzeck.

He has frequently appeared as a concert soloist, having sung Bach’s Johannes-Passion, Handel’s Messiah, Mozart’s Requiem, Schubert’s Winterreise, and Rossini’s Petite Messe Solennelle.  In 2011 and 2009, Michael was a member of Chautauqua Opera Young Artist program where he performed the role of Monostatos (Magic Flute 2011) and covered the role of Spoletta (Tosca 2009). In 2006, he participated in Cincinnati Conservatory’s Opera Theatre and Music Festival of Lucca in Lucca, Italy.

Michael was named the 2011 Ben DeBolt Award winner and the 2010 Tony Cuevas Award winner at the Henry and Maria Holt Memorial Scholarship Competition. Other awards include first place at the 2004 Chad Williamson Memorial Scholarship Competition, second place at both the 2004 Tri-State NATS vocal competition and 2006 Eastern Regional NATS competitions, third place at the 2010 East Bay Opera League competition, and the third place of the 2009 San Francisco Conservatory Bi-Annual Composer’s Art Song Competition.  Michael holds a Master’s of Music in vocal performance from the San Francisco Conservatory of Music.