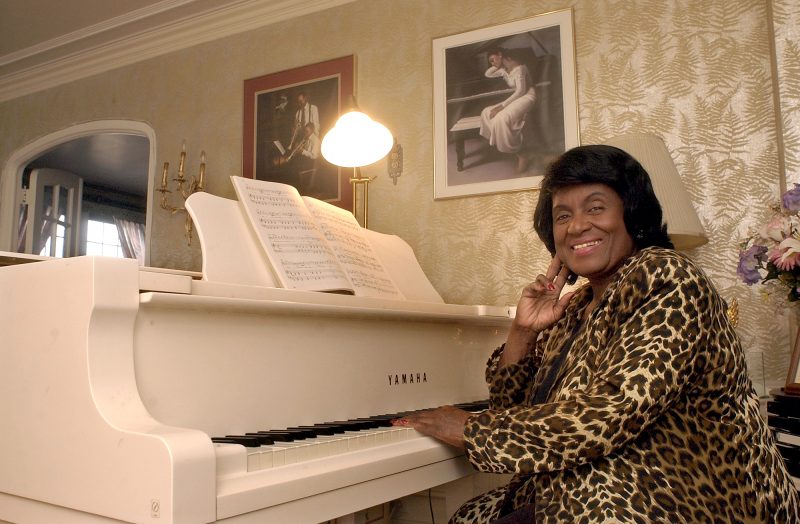 Lena McLin is recognized as one of America’s foremost composers of vocal and choral works. She has written more than 400 compositions including cantatas, symphonies and art songs, making her one of the most prolific African-American women composers of the 21st century. She is published by Neil A. Kjos Music Company.

McLin’s compositions have been performed throughout Europe, Asia, Africa, and the United States. Her cantata, Free at Last (a tribute to her childhood friend Dr. Martin Luther King Jr.) received performances at New York’s Carnegie Hall with the American Symphony Orchestra. It was subsequently performed by the Icelandic Symphony, the Estonia Philharmonic, the Finnish National Opera Orchestra, the Savannah Symphony, the Minnesota Sinfonia, and Opera Ebony. Lena McLin’s composition, Makers of the History was commissioned and performed by the Opera Theater of Saint Louis and her composition “I’m a Soldier” was commissioned and premiered by Robert Sims with the Mormon Tabernacle Choir and Orchestra.

Lena McLin is a graduate of Spelman College and did graduate studies at the American Conservatory of Music and Roosevelt University. She taught music in the Chicago public high schools for 36 years, cultivating hundreds of young musicians. Her contributions to education, music and American culture have been recognized by her receipt of the Outstanding Teacher Award from the Chicago Public Schools and honorary doctorates from Spelman College and Virginia Union University.