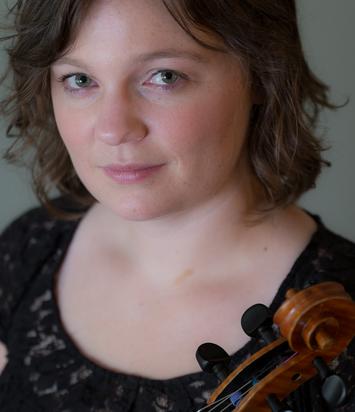 Katie Hagen is a versatile performer on both modern and period string instruments. As a modern violist, she has performed with the Rochester Philharmonic Orchestra, New World Symphony, and Cleveland Pops Orchestra; festival appearances include Tanglewood, Bowdoin, and Heifetz. Since relocating to California in 2014, she has freelanced throughout the Bay Area and appeared in academy performances at the Oregon Bach Festival and with the American Bach Soloists. Katie completed concurrent undergraduate degrees in viola performance and physics at the Cleveland Institute of Music and Case Western Reserve University and did graduate work at the Eastman School of Music. She teaches private violin and viola lessons at various locations in the East Bay and also serves as a nonprofit grant writer.