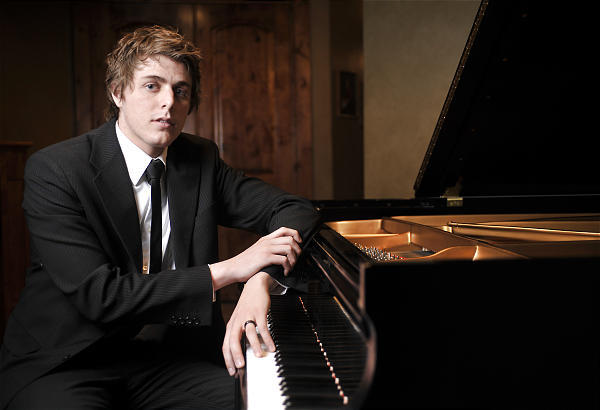 Billboard #1 artist Josh Wright has delighted audiences across the United States and in Europe. His self-titled album “Josh Wright” topped the Billboard Classical Traditional chart just three weeks after its release in April 2011. Josh studied under renowned pedagogue Dr. Susan Duehlmeier at the University of Utah, completing his Bachelor of Musical Arts degree and Master of Music degree. He currently studies at the University of Michigan, pursuing his Doctor of Musical Art degree as a pupil of Dr. Logan Skelton. Josh will release his next CD, “My Favorite Things,” in 2013 with Shadow Mountain Records.

Josh has appeared numerous times with symphony orchestras including: the Utah Symphony, the Temple Square Orchestra, the Salt Lake Symphony, the Summer Arts Orchestra, and the University of Utah Student Chamber Orchestra

Josh has created a free online piano instructional series to assist piano students of all ages and abilities with various aspects of technique and musicality.  This can be found on his YouTube Channel – www.youtube.com/joshwrightpiano.

Josh currently offers private online piano lessons for students across the world. Please email him at josh@joshwrightpiano.com for more information.