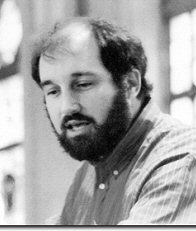 Cellist Joel Cohen has played with many musicians and organizations throughout his multifaceted career. He has played with orchestras in California, Ontario (Canada), Vienna, Boston; chamber music concerts in Vienna, Boston, southern France, Malta, Martha’s Vineyard, and San Francisco. He went to university in Canada, and has also lived in France and Austria, and has toured with various ensembles throughout Europe, Japan, and the U.S., as well as to South America, North Africa, Turkey, and China. He became co-principal cellist of the Oakland Symphony Orchestra in 1979, and continued in that position until he moved to Vienna in 1985.  He began playing with the Vienna Chamber Orchestra (under Philippe Entremont) soon after arriving in Austria, where he also played regularly with the Vienna Radio Symphony, the Wiener Kammeroper, the Johann Strauss Festival Orchestra (playing annual tours to Japan) and was a member of Yggdrasil Quartet, a string quartet specializing in “Music from the music of the 20th century.” In 1997 his career brought him back to the US, landing him in Boston. While living there he played with the Boston Symphony, the National Lyric Opera, the Landmarks Orchestra and many other organizations, as well as teaching cello at the College of the Holy Cross (Worcester). In 2001 he became a founding member of Quartet San Francisco, a string quartet playing modern genres, including jazz and tango. This group won Grammy nominations for “Best Classical Crossover CD” for two consecutive productions, “Latigo” (2006) and “Whirled Chamber Music” (2007). He left the quartet in the spring of 2009.