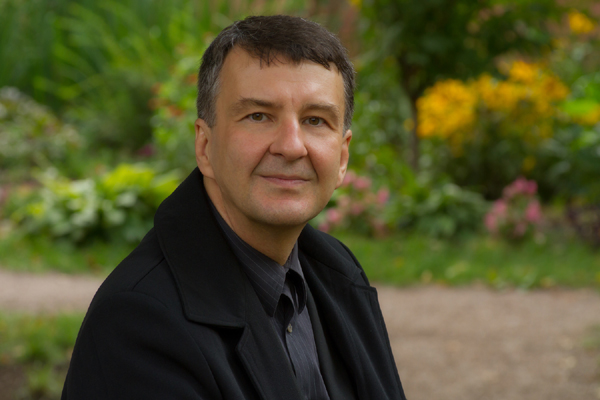 Ivan Sokolov, a Russian pianist, composer, and educator, has established himself as a leading figure of the Russian music scene for over three decades. An insightful interpreter and dazzling performer of baroque, classical, and romantic repertoire, Sokolov is also an internationally acclaimed champion of new music and rarely heard works. His close collaborations with composers such as E. Denisov, S. Gubaidulina, N. Sidelnikov, A. Schnittke, G. Ustvolskaya, V. Silvestrov, A. Vustin, N. Korndorf, A. Raskatov, etc. have resulted in Sokolov’s numerous world premieres of their works, as well as in other major projects (e.g., recording  the complete Piano Sonatas and Preludes by Ustvolskaya under the Triton label).

Ivan Sokolov’s own music is performed in Russia and beyond. Possessing a striking ability to compose in different styles, he constantly searches for a unique stylistic approach that reveals the deepest semantic level of music. He has written one opera, two instrumental theater pieces, more than twenty chamber music works, over ten pieces for the percussion ensemble, about two hundred songs, and music for choir, vocal ensembles, piano, and other solo instruments.

As an educator, Ivan Sokolov is a faculty member of the Russian Gnesins Academy of Music and the Moscow Tchaikovsky Conservatory. There he teaches a highly demanded course called Study of Musical Content, which is closely linked with his own intensive compositional work. Moreover, he teaches 20th and 21st century piano music at the Department of Historic and Contemporary Performance.

Ivan is a regular guest at the Moscow Radio broadcast programs. He has a number of music research publications.