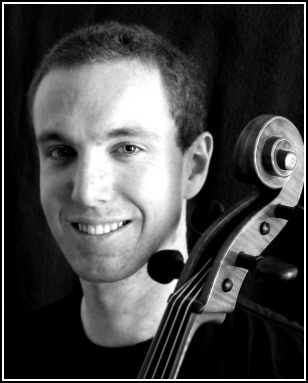 Isaac Melamed’s musical endeavors connect him to some of the greatest musicians and teachers of our time.  A San Francisco native, Isaac studied with Grammy Award-winning cellist Antonio Lysy in Los Angeles, where he enjoyed solo engagements with the UCLA Philharmonia and Symphony Orchestras, and the Los Angeles Youth Orchestra.   As a chamber musician, Isaac collaborated and performed with Lysy, Ettore Causa, Neal Stulberg, Movses Pogossian, Gary Gray, Amos Yang and Juliana Gondek.  While studying in Manhattan with Alan Stepansky and David Geber, Isaac participated in Manhattan School of Music’s prestigious Orchestral Performance program, including multiple performances in Carnegie Hall.  In Amsterdam for a semester, Isaac studied under Dmitri Ferschtman and Daniel Esser of the Royal Concertgebouw Orchestra.  He also traveled to Kronberg, Germany to perform in a Masterclass for Miklos Perenyi.  Recent international engagements include Montepulciano, Italy, where he performed chamber music with the Virtuosi dei Rencontres Musicales Camerata Lysy; Santo Domingo, where he played with the National Orchestra of the Dominican Republic; and Nice, France, where he performed under the Baton of Maestro Philippe Entremont.  Isaac joined the Marin and Berkeley Symphonies in 2011, New Century Chamber Orchestra in 2012, and currently lives in San Francisco.