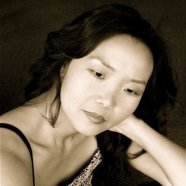 Ms. Huh has given recitals in numerous music festivals in the United States, Canada, and Asia, including The Perlman Music Program, Bowdoin Summer Music Festival, and the Banff Center for the Arts and Kusatsu Summer Music Festival in Japan. As an active chamber musician, Ms. Huh has collaborated with such eminent artists including Itzhak Perlman, Ronald Leonard, Donald McInnes, Giora Schmidt, Ida Levin and Philppe Bernold. Her recitals and performances have been heard on Sundays Live on K-Mozart and K-USC in Los Angeles, WGBH in Boston, KBS in Korea and NHK in Japan. Ms. Huh started piano studies at age five, in her native Korea, received her Bachelor of Music degree from the Seoul National University, and earned her Master of Music degree from the New England Conservatory, with academic honors and distinction in performance. In May 2005, she received a Doctor of Musical Arts in Piano Performance from the University of Southern California, with minors in Music History and Literature, Music Education, and Keyboard Collaborative Arts. She has trained with the distinguished artists of our time, such as Hyung Bae Kim, Wha Kyung Byun, Russell Sherman, Gyorgy Sebok, Sergey Dorensky, and Norman Krieger.