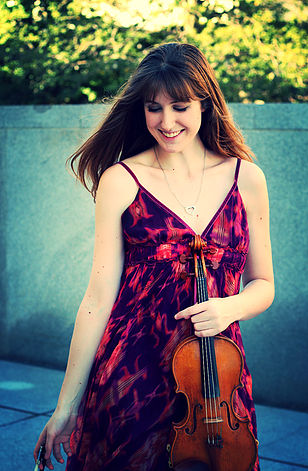 Holly Piccoli has established herself internationally as a modern and baroque violinist. Newly based in the Bay Area, Holly has worked with the American Bach Soloists and the San Francisco Chamber Orchestra, and frequently returns to New York and Australia for performances.

Holly performs on a 2012 Jay Haide violon à l’ancienne baroque, a copy of the Tommaso Balestrieri instrument. Holly also performs on a modern violin by Alessandro Di Matteo, made in 2004 in Cremona, Italy. Holly is an alumna of the Australian National Academy of Music and the Yale School of Music.