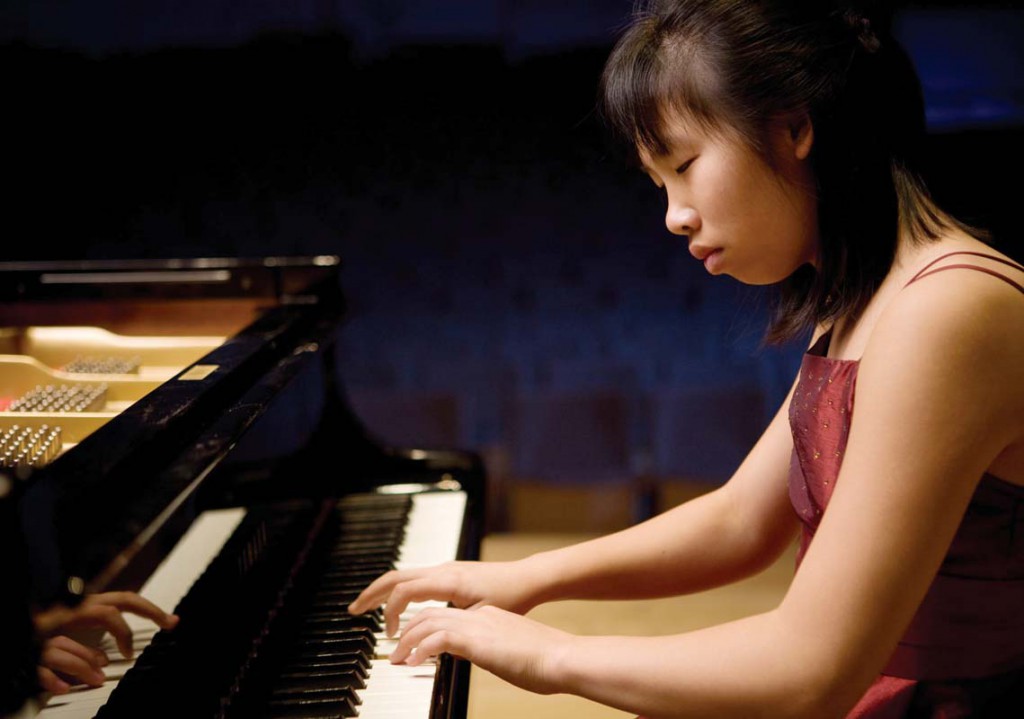 Huang made her orchestral and recording debut in 2008 under the baton of the late Maestro Erich Kunzel with the Cincinnati Pops on the TELARC International label. On the harpsichord, she has appeared with Philharmonia Baroque under Nicolas McGegan. She has since performed with the Mitteldeutsches Kammerorchestre, Symphony Parnassus, the San Francisco Chamber Orchestra, the Fremont Symphony, and the Penninsula Symphony and, as conductor, with the San Francisco Bach Choir. She has appeared at the Leipzig Gewandhuas, Kennedy Center, both in Weill and Zankel Hall at Carnegie Hall, the Bach-Archiv Leipzig, and the Carmel Bach Festival. During the 2014-15 season, she appeared at the 2015 Leipzig BachFest, in the Leipzig Gewandhaus’s Mendelssohnsaal, as well as at the Montreal Bach Festival. She appeared on BASF Ludwigshafen’s culture program as part of the Steinway Prizewinners’ Concert Network in January of 2016, and will appear as a Protégé Project young artist at Chamber Music Northwest in the summer of 2016.

Born in 1996 in California’s Silicon Valley, Huang attended the Music@Menlo Chamber Music Institute for six summers and received the Young Artists’ Certificate from the Preparatory Division of the San Francisco Conservatory of Music. She was a 2013 U.S. Presidential Scholar in the Arts, was a gold award recipient from the National Foundation for the Advancement of the Arts’ YoungArts Week, and was named a 2008 Davidson Fellow by the Davidson Institute for Talent Development.

Huang is a rising fourth-year Chemistry major at Yale College and a piano student of Melvin Chen at the Yale School of Music. She has been a long-time student of pianist John McCarthy and harpsichordist Corey Jamason, and has also received generous instruction from other faculty members of Preparatory Division of the San Francisco Conservatory of Music, as well as from Robert Blocker, David Finckel, Michael Friedmann, Wu Han, Gilbert Kalish, Robert Levin, John Perry, Inge Rosar, and Benjamin Simon. She is grateful to From the Top and Thürmer Pianos for their ongoing support.  (March, 2016)