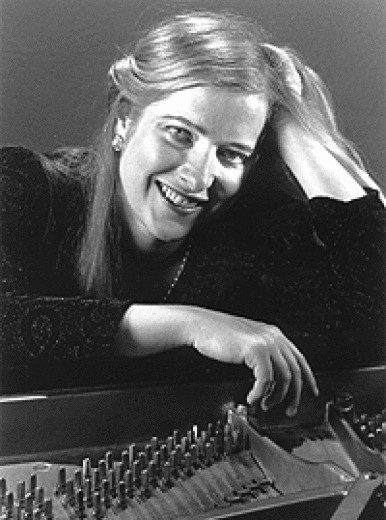 Born in Palo Alto, California to an American father and Austrian mother, she began piano and violin lessons at the age of four, played her first solo recital at six, made her orchestral debut at eight and won the San Francisco Symphony Youth Auditions at age eleven, making the first of numerous solo appearances with that orchestra. She entered Stanford University at age sixteen, after having lived in Paris for several years to study theory and composistion with Nadia Boulanger. Her piano teachers were Alfred Brendel, Robert Casadesus, Elena Hitchcock, Benjamin Kaplan, Abram Chasins, and Geneviève Joy.

Ms. Wickett’s extensive repertory ranges from the eighteenth century to the present, with particular emphasis on the works of the Viennese Classical school, Schubert, Brahms, Liszt, Bartok and the French Impressionists. She has performed some seventy concertos with orchestra as well as most of the chamber music repertory. A violin student of Henryk Szeryng, Stuart Canin, Jacob Krachmalnick, and Naoum Blinder, she also played viola and harpsichord, studied voice in Vienna and is fluent in six languages.