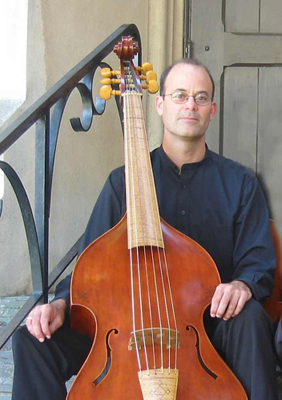 Farley Pearce is a performer on both the various sizes of viola da gamba and the baroque cello. As a cellist he has performed widely in the Southeastern region of the US, most notably with the Spoleto Festival, with whom he has also played in Italy. For five years he was a member of the Charleston Pro Musica, and he has performed as a recitalist in Brazil and Uruguay. Since moving to San Francisco Farley has been an active free-lance performer with many of California’s orchestras and chamber ensembles. In the Bay Area he has performed on viola da gamba, violone, and baroque cello with Magnificat, the Jubilate Baroque Orchestra, the Sex Chordæ Consort of Viols, Philharmonia Baroque Orchestra, Airs and Graces, and many other period instrument groups.