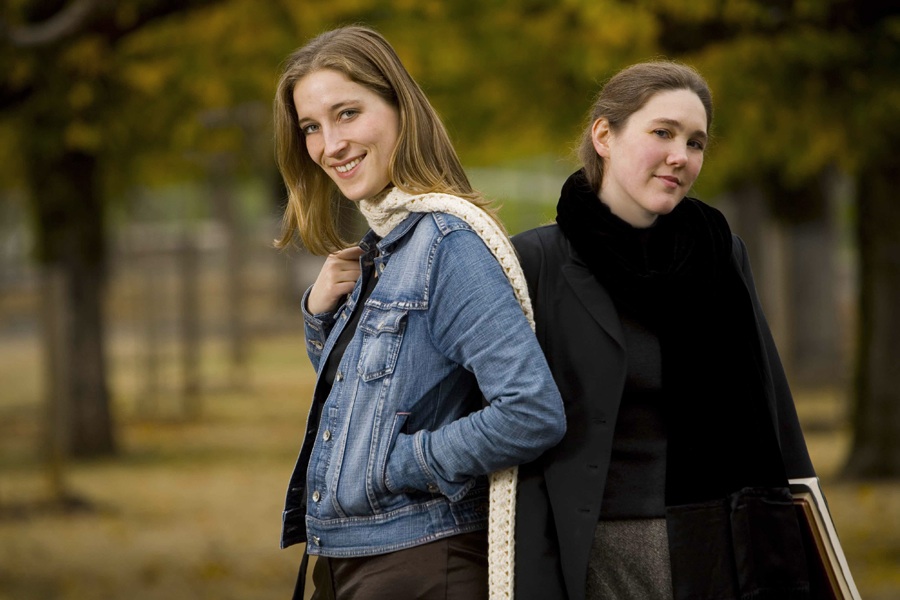 Monika Gruber and Hillary Nordwell formed the Eusebius Duo in 2005, shortly after graduating from the San Francisco Conservatory of Music. They have performed chamber music together, both as a duo and in the formation of a piano trio, since the Fall of 2004. While completing their graduate studies at the San Francisco Conservatory, they studied Chamber Music with Mark Sokol, Paul Hersh and Ian Swensen and participated in Master Classes with Gilbert Kalish, Menahem Pressler (Beaux Arts Trio) and Martha Katz (Cleveland Quartet). They played several concerts in Washington State during the Summers of 2005 and 2006, where they were also featured on KONP Radio’s ‘Art Beat’ show, and are very happy to appear in the 2006/07 edition of Northwest on Tour, the juried roster of artists sponsored by the Washington State based agency Arts Northwest. During the summer of 2006 they played in Carnegie Hall’s Weill Recital Hall as 1st Prize winners of the 2nd International Chamber Music Ensemble Competition in Boston, MA, at the ‘Festival del Sole’ in Napa,CA, in Katrineholm, Sweden, and as part of the ‘Summer Matinees for Young Artists’ concert series in Dortmund,Germany. They are regular guest artists at the ‘Bing’ concert series at Stanford University,CA and perform extensively throughout the San Francisco Bay Area.