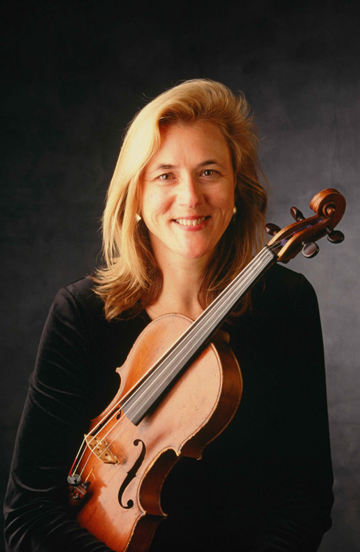 Emily Onderdonk, a native of San Francisco, received her Bachelor’s and Master’s degrees at the Manhattan School of Music, and continued with post-graduate studies at Boston University and the New England Conservatory of Music. She studied with Raphael Bronstein, James Buswell and Daniel Kobialka.

Ms. Onderdonk has also performed as principal violist with the Lyon National Opera in France, touring with the company to Paris, London and Vienna and recording CDs of Offenbach, Donizetti, Werther, Massenet and Puccini. She has performed with the New York Philharmonic, the New Jersey Symphony, the San Francisco Symphony and the San Francisco Opera, and was principal violist with the New York City National Opera Company and the Santa Fe Pro Arte Chamber Orchestra. She has been a proponent of contemporary music for over 25 years, and has performed new chamber works with such ensembles as Earplay in the San Francisco Bay Area, and the Group for Contemporary Music in New York City. A well-traveled performer, she has appeared with chamber ensembles in Southern California, Texas, New Mexico, Colorado, New York, Wyoming, Mexico, Argentina and Brazil.

Ms. Onderdonk is performing and touring with her eclectic (musically) and spirited (personally) group Quartet San Francisco, which is in residence at Mills College (Oakland, CA). She is currently principal violist with the Sacramento Philharmonic, often records pop and movie soundtracks, and plays for the San Francisco dates of many touring Broadway musicals. Ms. Onderdonk loves the outdoors, cherishes all animals and is especially enamored of fine chocolates.