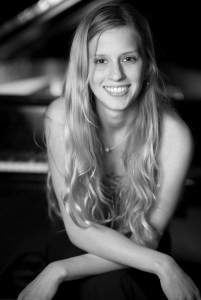 Native to San Francisco, Elizabeth Dorman enjoys a thriving career working as a soloist, chamber musician, and teacher. Joshua Kosman of the San Francisco Chronicle said her playing was“… as striking for its restraint as for its technical assurance … Dorman is unnervingly precocious.” A recent graduate of the San Francisco Conservatory of Music, she has soloed twice with Symphony Parnassus in Herbst Theater and the SFSYO in Davies Symphony Hall. A graduate of the San Francisco School of the Arts, Elizabeth also soloed with the school’s orchestra and received the school’s Marsha Pannone Scholarship Award for artistic excellence. Previously, she graduated from the Conservatory’s preparatory division where she was a student of Jerri Witt. Elizabeth is also a double bassist and was formerly Principal Bass of the San Francisco Symphony Youth Orchestra. She has also served as Principal Bass at the School of the Arts and Principal Bass of the San Francisco Conservatory of Music Orchestra. She has played in master classes for musicians such as Leon Fleisher, Menham Pressler, Jorja Fleezanis, Wu Han, David Finckel, Michael Stienberg, John Perry, Claude Frank, and Garrick Ohlsson. Elizabeth has won numerous competitions throughout the Bay Area such as the Keyboard Educators’ Competition, the Ross McKee Competition, and the Young Artists Beethoven Competition. Elizabeth has been a featured performer at the Junior Bach Festival, the Carmel Bach Festival, the Yehudi Menuhin Chamber Music Seminar and with the Smuin Ballet Company and she has attended the Yellow Bam Young Artist Music Festival, the Boston University Tanglewood Institute, the Aspen Music Festival and Music@Menlo. Elizabeth enjoys a thriving teaching studio, as well as having taught in several Bay Area public schools and as a student teacher at the Aspen Music Festival.