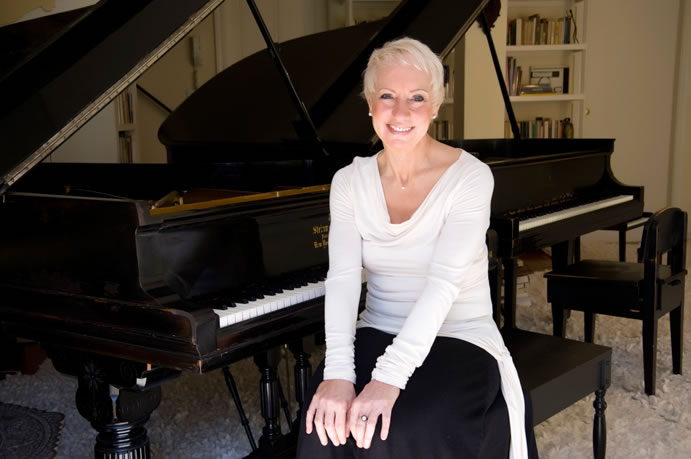 Internationally acclaimed concert pianist Eliane Lust (El-yaan Loost) was raised in Belgium and has performed to critical acclaim on the world’s most prestigious concert stages from Paris to New York. “She is truly a storyteller with the piano as her voice” raves California’s Pacifica Tribune and ”Lust moves the audience, making them go through all the different states of the soul, and her playing in true fidelity to the musical text, does not lack in fervor, tenderness or sensitivity…” praises La Presse Riviera in Switzerland.

Lust’s innovative programming and adventurous musicianship has garnered her award recognition from the California Art Council as well as invitations as the featured piano soloist in several multi-media productions. Her uncommon piano repertoire ranges from classical masterpieces to brand new works being written for her by today’s leading contemporary composers. As concert curator Eliane has also created groundbreaking musical events such as the “O Solo Milhaud” 100th Anniversary Piano Marathon to the Musicalliance Concert Series to Mozart Madness, simultaneously presenting her dynamic master classes, lecture-recitals and clinics throughout the United States, Europe and French Polynesia.