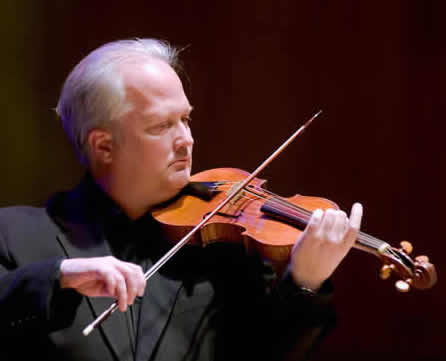 An avid chamber musician, he performs with Magnificat, the Albany Consort, Ensemble Vermillian, and Lux Musica, and he is a founding member of Florilegia, Ensemble Seicento, Aurora Baroque, and the Galax Quartet. A co-founder of the Bloomington Early Music Festival, he performs regularly at the Boston Early Music Festival, the Berkeley Early Music Festival, and the San Luis Obispo Mozart Festival. He has taught Baroque violin at Indiana University, where he earned the Doctor of Music degree in Early Music, and he holds degrees in violin from Bowling Green State University in Ohio and The Catholic University of America in Washington, D.C. He is the author of Georg Muffat on Performance Practice, published by Indiana University Press.