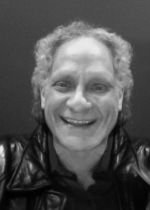 Daniel Lewin has performed extensively throughout the United States , Canada, and Europe. He has had an unusually diverse career as a soloist, chamber musician, concertmaster, and teacher. During the 1996-1997 season he was first violinist of the Montclaire String Quartet and Concertmaster of the West Virginia Symphony. Mr. Lewin began his musical training at the age of six, studying piano with Edmund Arkus and violin with Benno Rabinof.

Mr. Lewin has held the position of Concertmaster with the Charleston Symphony (S.C.), Nevada Symphony, Cedar Rapids Symphony, the Symphony of the United Nations, Solisti New York and the Concerto Soloists of Philadelphia. He made his Carnegie Hall concerto debut with the New York Youth Symphony. He has also played with the Metropolitan Opera Orchestra, the Brooklyn Philharmonic, the Houston Symphony, San Antonio Symphony, and the Spoleto Festival in both Charleston, S.C. and Spoleto Italy From 1989 to 1992, Daniel Lewin was Professor of Violin and Viola at the University of Nevada, Las Vegas. In addition to teaching both undergraduates and graduate music students, he also served as the Concertmaster of the Nevada Symphony and was a founding member of the Nevada Fine Arts Trio. During the 1992-1993 season he was Visiting Artist in Residence of Violin at the University of Memphis where he was also a member of the Pyramid String Trio. His teaching credentials include the College of Charleston, S.C., and the Eastern Music Festival. Mr. Lewin plays a violin made in 1667 by Jacob Stainer.
Our Next Concert