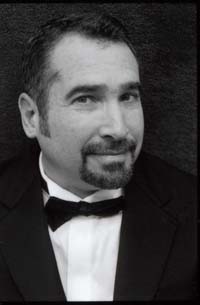 Charles Worth, a native of Buffalo New York, has resided in San Francisco since 1973. After receiving a B.A. in Music at SUNY Buffalo, Mr. Worth continued studies in piano with Alain Naude, a pupil of Dinu Lipatti and Nadia Boulanger. In San Francisco, Mr. Worth has been pianist for the San Francisco Symphony Chorus, Western Opera Theater, and Affiliate Artists program of San Francisco Opera; studio pianist for Blanche Thebom; and faculty member of the Community Music Center.

Mr. Worth demonstrates his great versatility as a musician in three different musical fields: piano soloist, vocal accompanist, and organ soloist. As a piano soloist, he regularly performs in recital and with orchestra, in compositions spanning the Baroque through contemporary periods. As a vocal coach and accompanist, Mr. Worth works with many new young singers. At Lincoln Center, he accompanied in performances of scenes from Gordon Getty’s opera Plump Jack. As an organist, he has attracted many newcomers to Calvary Presbyterian Church in San Francisco.

He has toured throughout the United States and Europe. In 1997, he toured several cities in France, including Paris, Nice, Chartres, and Pades, performing as organ soloist and vocal accompanist with the Calvary Choir. In May 1998, Mr. Worth appeared in recital with soprano Isabelle Kabatu in northern Spain in Oviedo and San Sebastian, as accompanist and soloist.

He has recorded Contemporaries for piano and Arias for voice and piano by Dan Crafts. He is currently composing a suite and concerto for piano.