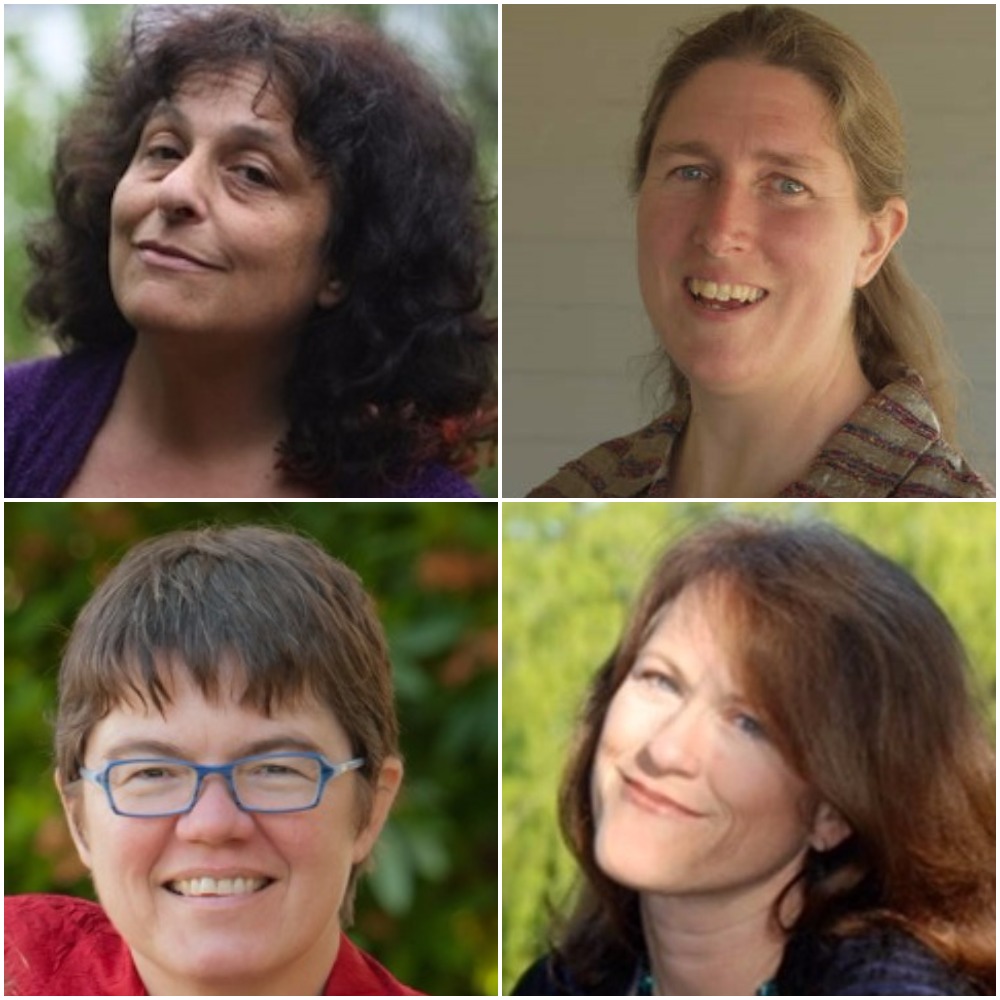 Allison Zelles Lloyd started piano lessons at six years of age, which eventually led to multiple degrees in music theory and performance at UC Santa Barbara and Indiana University. For several years, she got sidetracked by a job in the medical devices field and quality assurance practices while she laser micro-machined polymers. She has been teaching Music Together and Orff Schulwerk music programs in the SF Bay Area for the last ten years. Allison has toured and recorded in the United States and Europe with Bimbetta (d’Note label), the Medieval ensemble Altramar (Dorian Discovery), Paul Hillier’s Theatre of Voices (Harmonia Mundi) and minimalist, Steve Reich (Nonesuch). She continues to sing locally with the American Bach Soloists Choir.
Multi-instrumentalist and vocalist Shira Kammen has spent much of her life exploring the world of early music. A member for many years of the early music Ensembles Alcatraz, Project Ars Nova, and Medieval Strings, she has also worked with Sequentia; Hesperion XX; the Boston Camerata; Balkan group Kitka; the King’s Noyse; the Newberry and Folger Consorts; Parthenia; Cançonier; Anonymous IV; Rose of the Compass; the Oregon, California and San Francisco Shakespeare Festivals; singer Anne Azema; storyteller Patrick Ball; clown Jeff Raz, and others. She founded Class V Music, an ensemble dedicated to providing music on river rafting trips. She has performed and taught in the US, Canada, Mexico, Europe, Israel, Morocco, Latvia, Russia, Abu Dhabi and Japan. She has taught music at universities including Yale, Case Western, Oregon at Eugene, and  Stanford;  and at specialized seminars at the Fondazione Cini in Venice, Italy, the Scuola Cantorum Basiliensis in Switzerland and in Coaraze, France.