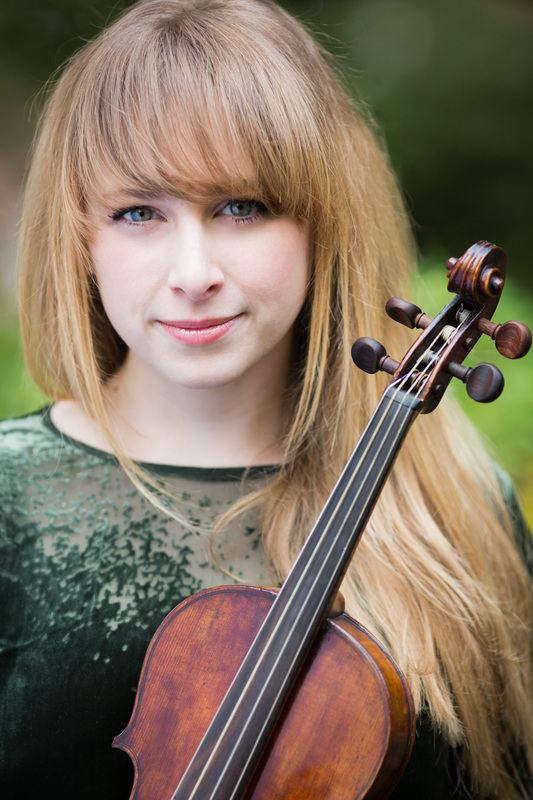 Born and raised in Fort Worth, TX, Caitlin Cribbs has been playing music since the age of three. Although she began her studies on the violin, she quickly picked up piano and viola lessons. Caitlin has two degrees in Viola Performance (BM from Univeristy of North Texas and MM from Eastman School of Music) where she studied with Susan Dubois and Carol Rodland, and has continued playing violin to this day. While at UNT she joined the Collegium Musicum, which allowed her to study Baroque violin and viola with Cynthia Roberts and also begin learning viola da gamba with Pat Nordstrom. Caitlin’s interest in early music and historical performance practices continued into her graduate studies, where she was fortunate to work with Paul O’Dette, Christel Thielmann, and Kristian Bezuidenhout among many others! After graduate school she received Suzuki Teacher Training for violin and viola at the renowned Ithaca Suzuki Institute.

Based half way between San Francisco and Sacramento, Caitlin enjoys a life full of teaching and performing. Current ensembles include Dallas Bach Society, Queen City Musicians in Seattle, Albany Consort, and Mountainside Baroque in Cumberland, MD.