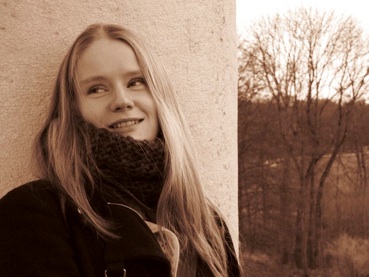 Scottish violist Alexa Beattie holds the prestigious Artist’s Certificate in Chamber Music from San Francisco Conservatory where she studied with Paul Hersh and Jodi Levitz. She is currently based in Munich where she is a guest player with Munich Chamber and Rundfunk Orchestras and a guest Principal Viola with the Chamber Orchestra of the Bavarian Philharmonic. Recent festival appearances include the Oleg Kagan and Rheingau Festivals in Germany, and the Tongyeong International Music Festival in South Korea.

Alexa gained her Undergraduate and Masters degrees in Performance from the Guildhall School of Music and Drama in London studying with James Boyd and Tim Boulton. Whilst in London she was a recipient of the City of London’s Chartered Surveyors String Quartet Prize and as a Jerwood Scholar attended the International Musicians’ Seminar Masterclasses at Prussia Cove.

Alexa’s early musical development is rooted in traditional Scottish song which she was taught by ear at Law Primary School in North Berwick. She was a prize winner in group and duo vocal competitions at the Royal National Mod. Alexa graduated from Edinburgh’s St Mary’s Music School where she received the Leonard Friedman Chamber Music Prize and the Isobel Dunlop Prize for Service in her role as violist, pianist, flutist or vocalist.

As a viola soloist, Alexa has appeared with Glasgow’s Kelvin Ensemble, in the Festival of British Youth Orchestras and with new music ensembles Symposia (Glasgow) and sfSoundGroup (California). She has appeared at numerous major chamber music venues across Europe and the USA including California’s Old First Concerts, Noe Valley Chamber Music, the Reinberger Hall Cleveland, the Concertgebouw in Amsterdam, St James, Piccadilly in London, the Herkulesaal in Munich and the Schubertsaal in Vienna.

Interests in New Music have led her to give the Canadian and British premières of Alan Hilario’s Kibô, to a number of commissions and to mount an improvisation project whilst a Long-Term Resident at The Banff Centre. She maintains an avid interest in interdisciplinary collaborations having worked with visual artists at the 2005 Aldeburgh Festival. An improvised soundtrack created in collaboration with Annabel Johnson for Matthew Murdoch’s film Swing was nominated at the Poitiers Film Festival (Paris) 2006. She has also worked with colleagues from the London School of Contemporary Dance and as a session artist for Radio 2 XS, London’s XFM, Matt Bauer and Tears in X-Ray Eyes.

Alexa’s education work has included Residencies at the University of Wisconsin, University of California and outreach chamber music teaching for San Francisco Friends of Chamber Music. She trained as a Connect Apprentice with The Guildhall School of Music and Drama and has worked in the Wigmore Hall’s Chamber Tots programme. Alexa’s studies in California included training in child development. She is currently on the strings faculty of the Munich International School.

Alexa is a Dewar Arts Award Winner and is indebted to the Scottish International Educational Trust, the Oldhurst Trust, the Hope Scott Trust, the Cross Trust, the Stella Moffat Charitable Trust and the St Andrew’s Society of Washington DC for support throughout her studies. She has also received private donations from Messrs. McInroy and Wood (Personal Investment Managers of Haddington) and a remarkable lady named Diana Laffin whom she met on a train between London and Leeds.

Alexa is grateful to Colin Adamson of Violin Makers Scotland, who provided her with her first professional level viola. She is now fortunate to work with a beautifully crafted modern Italian instrument by Iginius Sderci from 1967. Her bow is French by Morizot.