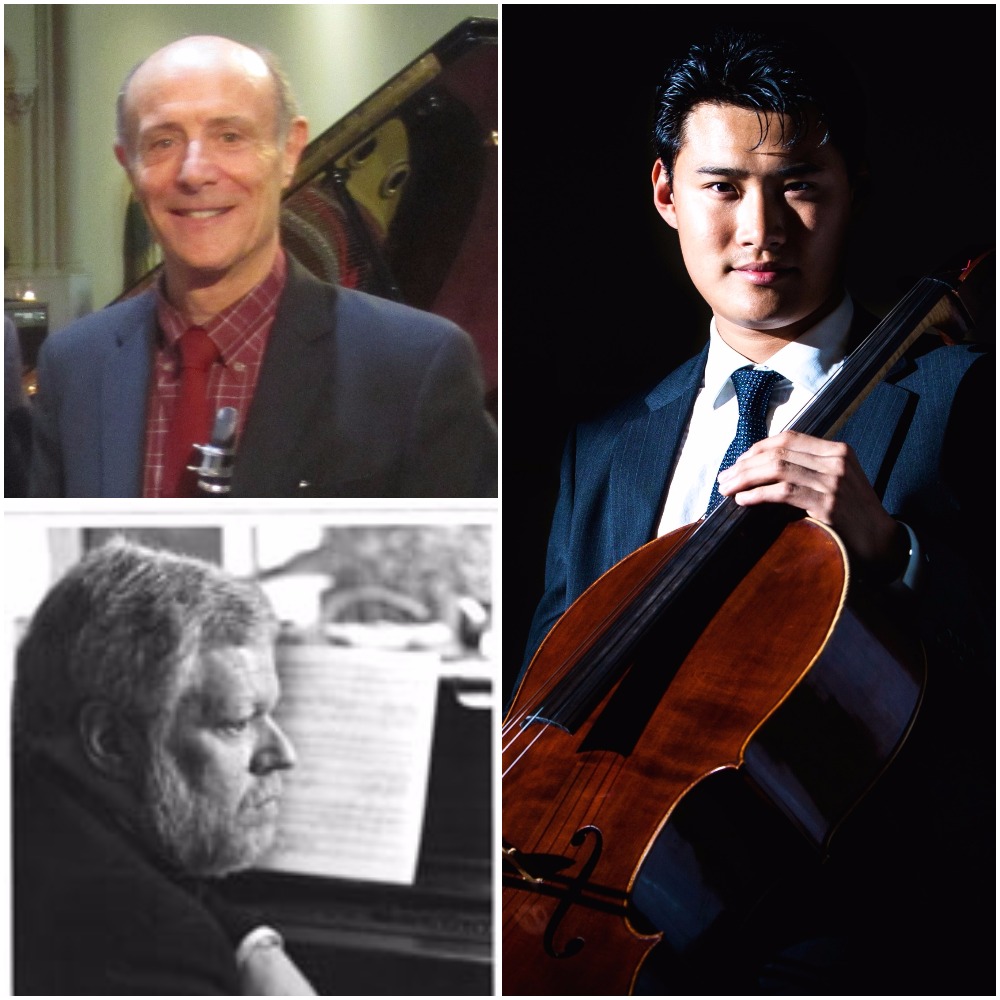 Clarinetist Tom Rose studied music at San Francisco State University and Mills College, Oakland. He has held the position of Principal Clarinetist and Soloist with Music in the Mountains Festival, Grass Valley, CA, since its founding, in 1982. From 1988 to 2010 he served as Personnel Manager and extra clarinetist for the San Francisco Ballet Orchestra. Mr. Rose is also an adjunct clarinet teacher at Holy Names University, Oakland. In 2004 he and Miles Graber released their first CD, Music for Clarinet and Piano. Their second CD in this series was released in January 2016. Rose has been a performing artist at the Yachats Music Festival, in Yachats, Oregon since 2014. He is a member of the Graham-Graber-Rose Trio (cello, piano, and clarinet).

Grammy-winning artist Jonah Kim made his solo debut with Wolfgang Sawallisch and the Philadelphia Orchestra in 2003. The same year, he also appeared with the National Symphony Orchestra where the Washington Post critic Joseph McLellan called him simply, “the next Yo-Yo Ma”, thrusting him on the most prestigious stages on the concert circuit.Also highly sought after internationally as a chamber musician, Mr. Kim has collaborated with world class artists Jon Nakamatsu, Martin Beaver, Steven Copes, Ian Swensen, Scott Yoo, Chee-Yun Kim and Romie de Guise-Langlois as well as many of his mentors and colleagues from Juilliard and Curtis. A founding member of the “hip & unstuffy” Ensemble San Francisco, Mr. Kim maintains a strong connection with the community through outreach and is deeply dedicated to his teaching; this season, he joins the faculty at Interlochen Center for the Arts. His master classes are described as “captivating, hilarious… relevant to not only musicians, resonating with all walks of life.” Mr. Kim plays a Jean-Baptiste Vuillaume cello made in 1845, as well as a 2016 Haide Lin. His bow was made in 1904 by Jules Fetique à Paris.