Works by Composer Amy Beach in Celebration of Her 150th Birthday 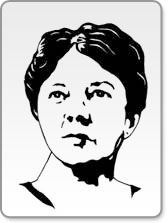 Romance for Violin and Piano, Op. 23

AMY MARCY CHENEY was born September 5, 1867 in New Hampshire and died of heart disease December 27, 1944 in New York.  In accordance with her time, Amy would have been known professionally as Mrs. Henry Harris Aubrey Beach.  Mrs. H.H.A. Beach is extraordinary in three aspects: America’s foremost woman composer; the first U.S. composer to have her music recognized in Europe; and the first classical U.S. composer to achieve international success without the benefit of European study.

As a child prodigy on the piano, Amy gave her first public recital at age 7 including works by Handel, Beethoven, and Chopin.  She enrolled in a private school in Boston where she studied piano, music theory, and composition and taught herself orchestration and counterpoint (fugue).  Amy embarked on a professional performing career in 1883 (age 16) debuting in a concerto performance with orchestra and later performed with the Boston Symphony Orchestra.  After marrying Dr. Henry Harris Aubrey Beach, Mrs. Beach reduced the number of public performances out of respect for her for husband’s wishes, choosing to concentrate on composition.

Beach’s compositional style is characterized by thorough command of formal structures, an ingratiating melodic gift, colorful harmonic palette, and technical polish.  She was a prolific composer, having composed over 300 published works many of which are piano pieces demanding execution of the highest virtuosity.  Mrs. Beach’s creative output includes a piano concerto, solo piano works, chamber and vocal music, and symphonic and choral works most of which were premiered by important performing groups in Boston.  Beach’s compositions were commissioned for significant events and organizations.

After the death of her doctor husband in 1910, Amy Beach reclaimed her performing career and traveled to Europe to spread her recognition as a composer and to promote the sale of her published works.  At the beginning of World War I, she returned to the United States and continued touring with a busy schedule.  She was recognized with various honors and became president and co-founder of the Association of American Women Composers.

DAN FLANAGAN (violin) holds a Bachelor’s Degree from the Cleveland Institute of Music and a Master’s Degree from the University of Oregon.  He currently serves as Concertmaster of the Sacramento Philharmonic and Opera, Concertmaster of the Modesto Symphony, Lecturer of Violin at University of California (Davis) and Instructor of Violin at University of California (Berkeley).  A dedicated orchestral player, Flanagan has performed as concertmaster with the Oakland Symphony, the California Symphony, California Musical Theater, the Festival Opera of Walnut Creek, Symphony Silicon Valley, Opera Parallele, and West Edge Opera.  He performs regularly with the San Francisco Opera and Ballet and records film and television soundtracks with the Skywalker Symphony Orchestra.

As a chamber musician, Flanagan has performed with the Chamber Music Society of Sacramento, the Oregon Bach Festival, Earplay, Melody of China, Midsummer Mozart Chamber Players, and has collaborated with pianists Leon Fleisher and Jon Nakamatsu.

Flanagan plays on a violin made in 1850 by JB Vuillaume, once owned by the celebrated American virtuoso Albert Spalding.

KAREN SHINOZAKI (SOR) (violin) is a familiar face on the Bay Area music scene.  She performs with the New Century Chamber Orchestra, the Santa Rosa and Marin Symphonies, and as an extra in the San Francisco Ballet and Opera Orchestras. She is also a frequent chamber music collaborator, appearing with diverse groups including the Santa Rosa Chamber Players, Music at the Mission, the Sor Ensemble, and the Worn Ensemble. A Bay Area native, she received her Bachelor’s degree from University of California (Berkeley) as a longtime student of Serban Rusu of Tiburon, then continued her studies as a recipient of a Hertz Traveling Fellowship at the Konservatorium für Musik Bern, Switzerland as a student of Professor Igor Ozim. In her free time, Karen likes to relax with her cellist husband, Eugene Sor, son Kenji, dog Jerry, and indulge in her addiction to the Times crossword puzzles.

PAUL EHRLICH (viola) is a member of the San Francisco Ballet Orchestra, and also performs frequently with San Francisco Opera Orchestra.  He is active as a chamber musician in the Bay Area as well as teaching and coaching chamber music.  Previous positions have included Santa Fe Opera, The Saint Paul Chamber Orchestra, and Assistant Professor of Viola at The University of Northern Colorado.  Paul was educated at The Royal College of Music, Cambridge University, and Yale School of Music where he received the Doctor of Musical Arts (D.M.A.) degree.

VICTORIA EHRLICH (cello) received musical education at Southern Methodist University in Dallas, the Academy of Santa Cecilia in Rome, Italy, and the State University of New York at Stony Brook, and summer programs at Interlochen, Aspen, and Tanglewood. Before joining the San Francisco Opera Orchestra in 1984, she performed with the Santa Fe Opera, and Santa Fe Chamber Music Festival, and served as principal cellist with the Symphonies of Omaha, Richmond (VA) and Phoenix.  Ms. Ehrlich has performed with the San Francisco Ballet and Symphony, New Century Chamber Orchestra, and is an active chamber musician, appearing regularly with the I.O. Piano Quartet, Edgewood Ensemble, the Bridge Players, the Fath Chamber Players, and the Ariel String Quartet.