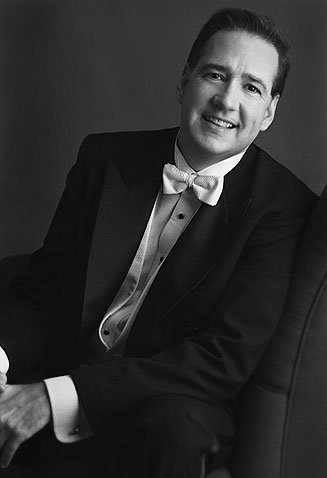 William Wellborn enjoys an active career as a pianist, teacher, and lecturer, and has performed and lectured widely over four continents.  He holds degrees in Piano and Piano Pedagogy from the New England Conservatory (MM) and the University of Texas at Austin (BM and DMA).  Guest artist appearances include the New Orleans Institute for the Performing Arts, the Paderewski Festival, the American Liszt Society, the Great Romantics Festival in Hamilton, Canada, the Chopin chez George Sand festival de piano in La Châtre, France, the Três Séculos de Piano series in Rio de Janeiro, and the Festival du Chablisien in Chablis, France.  In 2004 he had the honor of presenting an all-Liszt program on Liszt’s piano at Hofgärtnerei Museum in Weimar.  Orchestral appearances include the Austin Symphony, the Austin Chamber Ensemble, the Laredo Philharmonic, the San Antonio Symphony, the Redwoods Symphony, the Monterey Symphony, and the Sudeten Philharmonie in Walbrzych, Poland.

The recipient of the 2017 Lifetime Achievement Award from the California Association of Professional Music Teachers (CAPMT), Wellborn was recently made an MTNA Foundation Fellow (2019).  He has given lectures and masterclasses throughout the United States and Europe, and from 1996-2010 was involved with A CONCERTed Effort, a San Francisco Bay Area concert series which raised over $2,000,000 for various AIDS organizations.  A scholar of historic musicians, from 1995-97 Wellborn hosted the KDFC radio program “Piano Legacy.”  Since 1999 he has directed European musical tours exploring the lives and music of great composers; in the summer of 2020, he is co-directing a Chopintour to visit Poland and Majorca.

This summer he returns to teach at the Idyllwild Arts Academy Summer Workshop for Adults (www.idyllwildarts.org), and to Poland for the Krakow Piano Summer. Wellborn is on the national board of the American Liszt Society and is the founding president of the San Francisco Bay Area Chapter of the ALS.  A faculty member of the San Francisco Conservatory of Music since 1989, Wellborn teaches piano in the Pre-College Division and Piano Pedagogy in the Collegiate division. His students frequently win top prizes in numerous state, national, and international piano competitions.  His student Leo Jergovic will make his debut at Noontime Concerts on November 26 as part of the Emerging Artist Series. Wellborn records for the Marco Polo and Cambria Master Recordings labels, and for more information on Mr. Wellborn’s activities please visit his website at www.williamwellborn.com