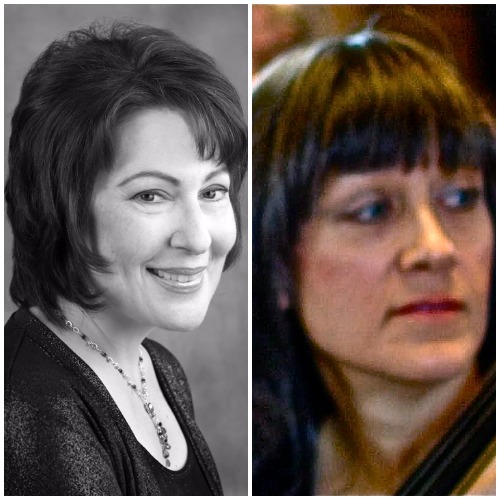 Victoria Ehrlich, born in Texas, studied at Southern Methodist University, the Academia di Santa Cecilia in Rome, and at the State University of New York at Stony Brook. Her teachers included Robert Marsh, Bernard Greenhouse and Robert Gardner. Prior to joining the San Francisco Opera Orchestra in 1984, she played with the Santa Fe Opera, the Santa Fe Chamber Music Festival, and was principal cellist with the Symphonies of Omaha, Richmond and Phoenix. Ms. Ehrlich has performed with the San Francisco Ballet, San Francisco Symphony, the New Century Chamber Orchestra, Composers Inc., Berkeley Symphony, the Russian Chamber Orchestra, and Lamplighters.  She is also an active chamber musician, performing regularly with the Ariel Quartet, resident ensemble of the Sacramento Chamber Music Society; the Bridge Players, who specialize in music by Jewish and Holocaust composers; the Picasso Ensemble, who present concerts in the historic Sesnon House in Aptos;  the International Orange Piano Quartet,  and the Fath Chamber Players, a fixture in Mill Valley.  Ms. Ehrlich has collaborated with Roxanne Michaelian since the previous millennium.

A product of a musical family, Roxanne Michaelian, received her BM and MM from the S.F. Conservatory, studying with Claire James and Paul Hersh. Her father was a member of the first violin section in the S.F. Symphony for 50 years, and her sister, Patricia, isalso, a concert pianist.  Roxanne’s first appearance was performing with the S.F. Symphony at age 12. She subsequently received first prize in the North American Young Artists Competition in Denver, and performed with the Denver Symphony.  Other prizes include overall winner at the Los Angeles Young Musicians Foundation Competition, performing the Mozart Concerto No. 20 at the Dorothy Chandler Pavilion under Calvin Simmons. She has also soloed with the Oakland Symphony, Palo Alto Chamber Orchestra and San Francisco Chamber Orchestra.  Roxanne is also one of the Bay Area’s most sought after chamber musicians, and has performed on such series as Seattle Chamber Music Festival, the San Francisco Symphony Chamber Series at Davies Symphony Hall, Oakmont Festival, San Jose Chamber Music Society, Chamber Music West and Chamber Music Sundaes. She has played in concert with Sharon Robinson, Jamie Laredo and Nadja Solerno Sonnenberg, members of the S.F. Symphony and S.F. Opera Orchestra.  She has given master classes throughout the United States and has been coach for the Kirkwood Chamber Music Festival. Roxanne has played as an extra with the S.F. Symphony, as well as accompanying for their auditions. She currently maintains an active piano teaching studio as well as performing throughout the Bay Area.