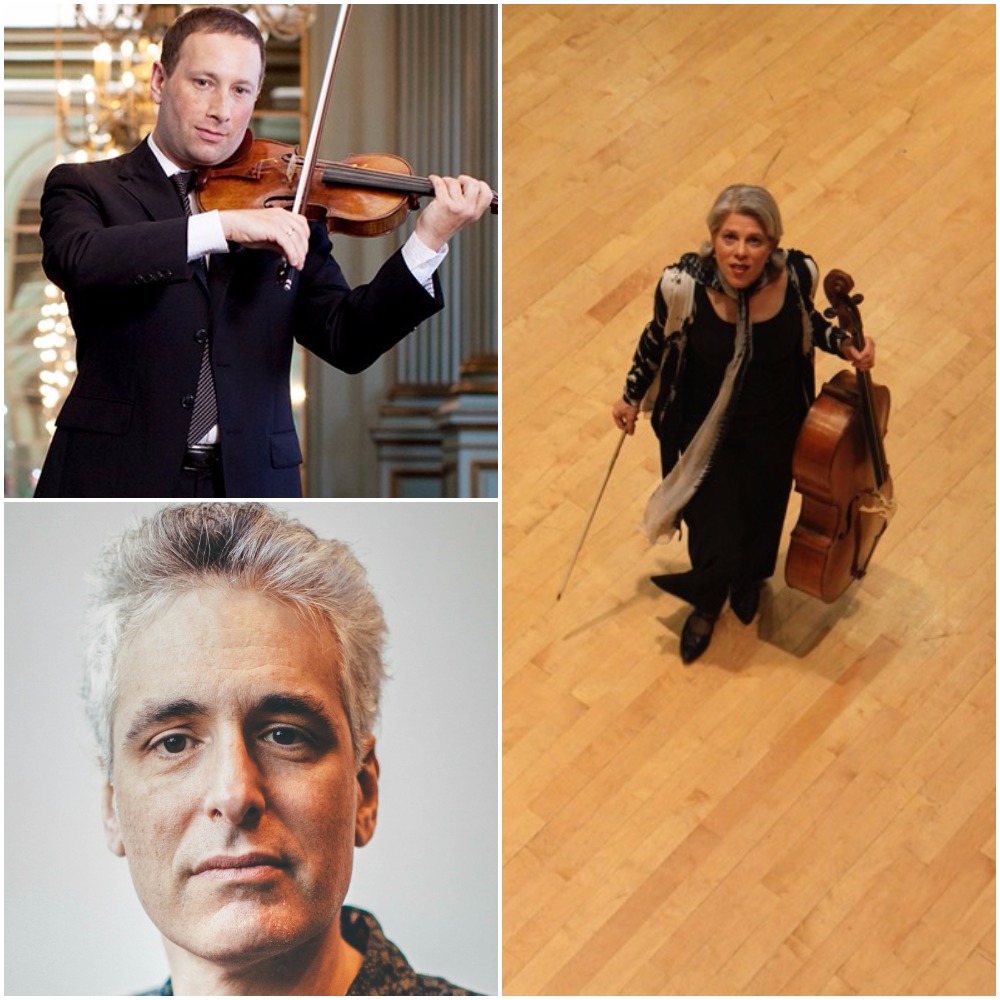 Mr. Stone plays a violin made in Cremona, Italy by Carlos Bergonzi in 1734.

Tanya Tomkins has carved out a unique career path, specializing in the repertoire for both modern and baroque cello. In addition to her current positions as Co-Principal Cellist in both the Portland and Philharmonia Baroque orchestras, she has performed as a soloist with various orchestras and festivals throughout the world. Of special recognition are Tanya’s performances of the six Bach Suites on baroque cello, which she has recorded for the Avie label. She presented all six in one day, including in concerts at the Library of Congress, the Da Camara Society in L.A. and the Vancouver Early Music Society.

Together with her partner, the pianist Eric Zivian, in 2015 Tanya founded the Valley of the Moon Music Festival in Sonoma, California. Presenting Romantic and Classical music on original instruments, the festival aims to provide talented emerging musicians with performance opportunities alongside veteran performers and is the only existing chamber music festival that emphasizes approaching this well-known repertoire from a historic perspective. “Musicians from Valley of the Moon” also presents a series of concerts during the year at the Green Music Center at Sonoma State University.

Tanya is a member of the Benvenue Fortepiano Trio with Baroque violinist, Monica Huggett and Eric Zivian, and in the San Francisco Bay Area performs with the Left Coast Chamber Ensemble in programs combining traditional and contemporary repertoire.

She has given many master classes, including at Yale, Juilliard and at the San Francisco Conservatory of Music.

Eric has given solo recitals in Toronto, New York, Philadelphia, and the San Francisco Bay Area. He has performed extensively on fortepiano since 2000 and is a member of the Zivian-Tomkins Duo and the Benvenue Fortepiano Trio, performing at Chamber Music San Francisco, the Da Camera series in Los Angeles, Boston Early Music, the Seattle Early Music Guild and Caramoor. On modern piano, he is a member of the Left Coast Chamber Ensemble and has performed with the Empyrean Ensemble, Earplay, and the San Francisco Contemporary Music Players. He is a founder and Music Director of the Valley of the Moon Music Festival, a new festival in Sonoma specializing in Classical and Romantic music on period instruments.

Eric’s compositions have been performed widely in the United States and in Tokyo, Japan. He was awarded an ASCAP Jacob Druckman Memorial Commission to compose an orchestral work, Three Character Pieces, which was premiered by the Seattle Symphony in March 1998.