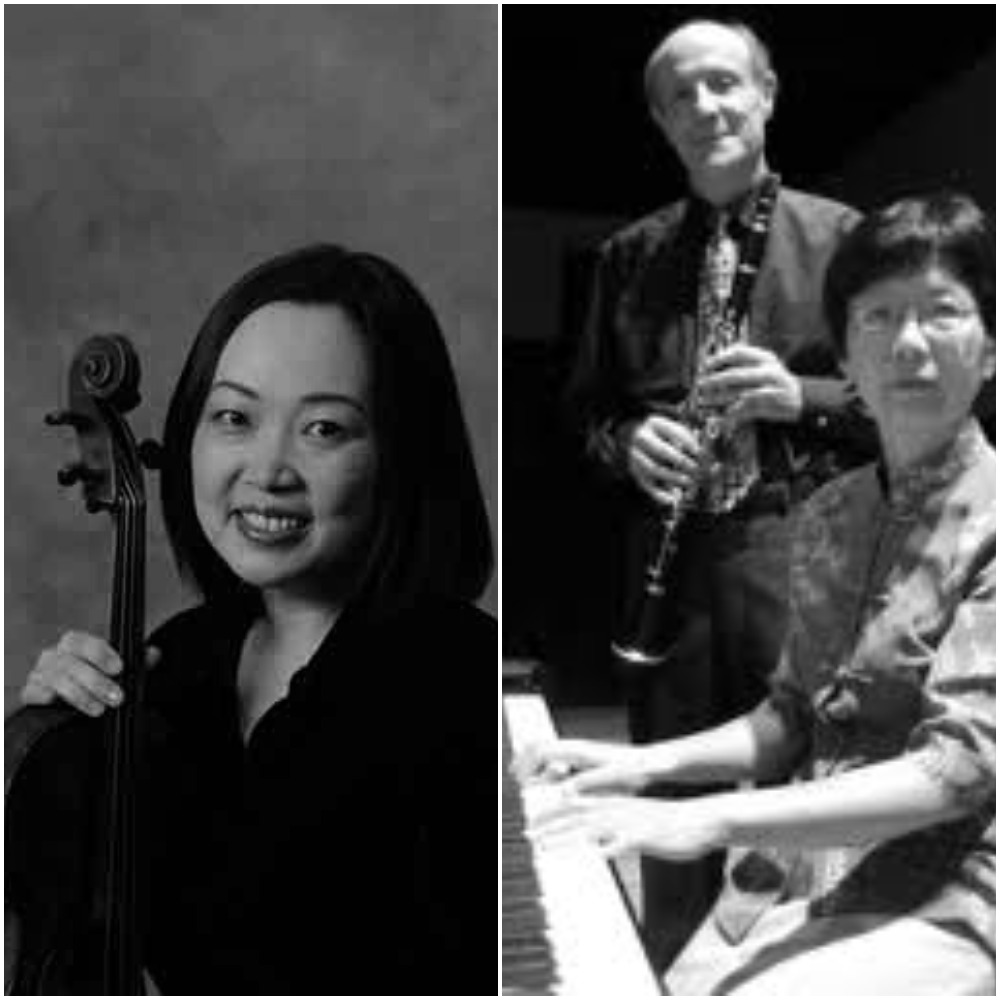 Violist Caroline Lee has performed throughout the US and Canada as an orchestral player as well as a chamber musician and recitalist. She is currently a member of the San Francisco Ballet orchestra and also performs regularly with the San Francisco Opera Orchestra as well as the San Francisco Symphony. Before relocating to the Bay area, Caroline was a member of the Kansas City Symphony for eight years. She also performed with the Kansas City Chamber Orchestra as principal violist and also performed regularly with the Chicago Symphony and the Philadelphia Orchestra. An active chamber musician, she has performed in Banff, Domaine Forget, International Musical Arts Festival and Sun Valley Summer Symphony’s In Focus chamber series, collaborating with members of the Tokyo, Cleveland and Colorado quartets, as well as artists such as Jean-Yves Thibaudet, Eric Friedmann, Jesse Levine, and Richard Stolzman. Along with her sister Aeri, Caroline formed the Lee duo and performs recitals throughout North America, championing less familiar viola repertoire. She is also a member of Eos Ensemble, performing a wide range of works for chamber ensemble within the SF bay area. A sought after teacher, she taught undergraduate students at Yale University and worked as a guest clinician and coach at International Musical Arts Institute, Ottawa Suzuki Institute, KC Quartet program, and the Crowden School.  Caroline received her bachelor in music degree at the University of Michigan and her masters and Artist Diploma at Yale School of Music.

Clarinetist Tom Rose received a B.A. from San Francisco State College and a Masters in Performance from Mills College, Oakland. He has held the position of Principal Clarinetist with Music in the Mountains Festival, Grass Valley, since its founding, in 1982. He has performed the Copland and Mozart clarinet concertos numerous times with the orchestra, along with other solo works. Tom is a member of the Graham-Graber-Rose Trio and the Berkeley Trio. He worked at San Francisco Ballet from 1988 through June 2010, serving as Orchestra Personnel Manager. In 2004 he released a CD of music for clarinet and piano with pianist Miles Graber. The second CD in this series was released in 2015. Mr. Rose is an adjunct clarinet teacher at Holy Names University, Oakland.

Pianist, Betty Woo, received her D.M.A. degree from Stanford University. She also undertook graduate studies at the Royal Academy of Music in London. Her teachers include Bernhard Abramowitsch in piano and William Pleeth in cello repertoire. Betty Woo has made major solo appearances in London and New York. She received a special prize for the best performance of a twentieth-century piece in the Gina Bachauer International Competition and a special award in

the International American Music Competition. She has made numerous recital and concerto appearances throughout California, including performances with Earplay and the San Francisco Contemporary Chamber Players. She has also collaborated with Morphoses/The Wheeldon Company Group and the Paul Taylor Dance Company, in their performances of Stravinsky’s Rite of Spring for two pianos. Ms. Woo is currently on the faculties of Holy Names University in Oakland and the University of California, Berkeley.