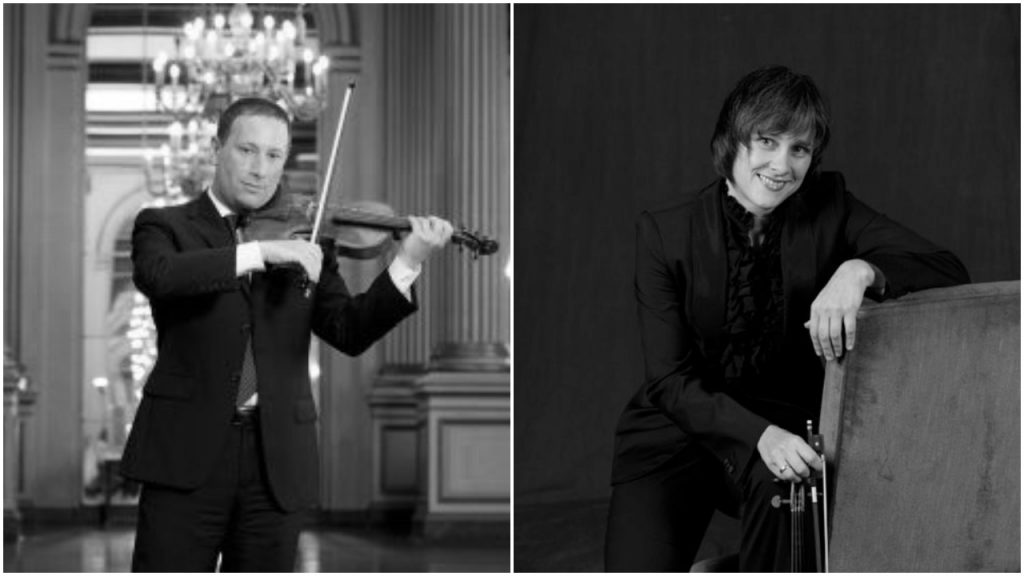 Tom Stone was born in Chicago where he studied music with Hillel Kagan.  At age 16 he attended Tanglewood where he coached with Eugene Lehner of the Kolisch Quartet and played in an orchestra under the direction of Leonard Bernstein. After this experience, his focus on music became increasingly intense. Mr. Stone went on to pursue musical studies at the Eastman School of Music and the Cleveland Institute of Music.  His major teachers have included Donald Weilerstein, Zvi Zeitlin, Gyorgy Sebok, and Bonnie Hampton. Mr. Stone has also performed in masterclasses for Issac Stern and members of the Amadeus, Emerson, Juilliard Quartets, and LaSalle Quartets. He has performed with many distinguished artists including Awadagin Pratt, Leon Fleisher, Zuill Bailey, Jon Nakamatsu, Ian Hobson, and Donald Weilerstein.

During his 20 years as a founding member of the Cypress String Quartet, Mr. Stone performed in major musical venues all over the world including the Kennedy Center, Library of Congress, and the Ravinia Festival.  He also commissioned and premiered works by George Tsontakis, Jennifer Higdon, Benjamin Lees, Philippe Hersant, and Elena Ruehr.

A native of Berlin, Germany, violinist Iris Stone has been a member of the New Century Chamber Orchestra since the 1995/96 season under Stuart Canin and has been performing with the orchestra since 2001.

Iris first came to the United States in 1993 as a recipient of the prestigious Fulbright scholarship. Subsequently, she worked with violinist Donald Weilerstein, a founding member of the Cleveland Quartet, and was granted a long-term residency at the Banff Center for the Arts in Canada.