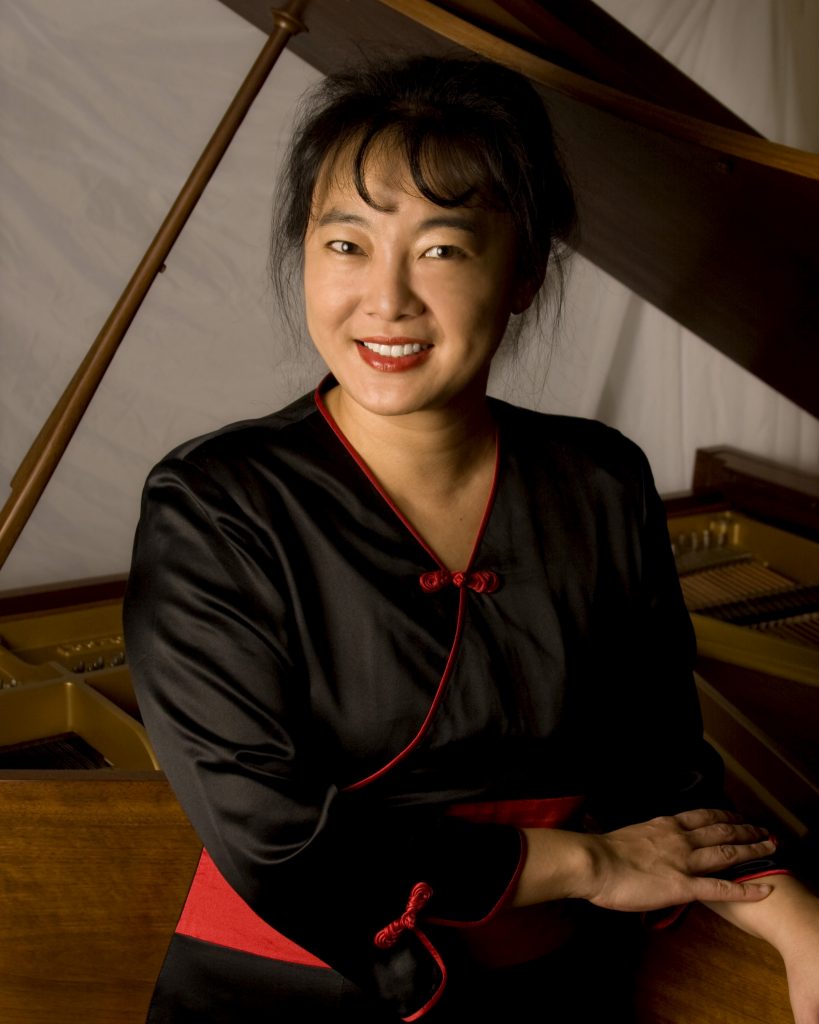 As one reviewer from the San Francisco Bay area recently quoted, “Serious, composed, tiny and full of music, Tien Hsieh lets her artistry on the piano express warmth and freshness of ideas that surely none but a poet could explain”. Another reviewer said she “…delivered electrifying performances of music of monumentally heroic difficulty. Works by Messiaen, Beethoven, and finally, Liszt’s Rhapsodie Espagnole were breathtaking in their technical quality and interpretive maturity.” Her Schumann Humoresque, Op. 20 was described as ‘Grand, relentless, madness explained, love caught through fingertips and galloping hooves trailing off to pastoral dreams.’

Tien Hsieh immigrated to the United States with her family when she was nine years old. Born in Taiwan of Chinese parents, she began her musical studies with her mother. A prizewinner of competitions including the Los Angles International Liszt Competition, Artists International Presentations Auditions in New York, Pacific Piano Competition and Festival in California, Miss Hsieh is a recipient of the prestigious Roy M. Rubinstein Award from Manhattan School of Music and a recipient of the Li-Ching Cultural and Educational Foundation Grant representing cross-cultural exchange. Following the success of her New York Recital Debut at Carnegie Hall’s Weill Recital Hall, she appeared in recitals for festivals, colleges and universities, cultural and art centers across the U.S., as well as in Germany, China, and most recently, in Budapest, Hungary, where she performed an All-Liszt program at the Liszt Museum (Old Liszt Academy). Recent orchestral collaborations include soloist with Maestro Gary Sheldon and Spokane Symphony and Maestro Frank Fetta and Redlands Symphony. She has also performed with Houston Civic Symphony, Gold Country Chamber Orchestra, and Sacramento Ballet.

As a scholarship student at the Manhattan School of Music, Miss Hsieh received the Professional Studies Diploma and Master of Music Degree under the tutelage of Dr. Marc Silverman. She received the Bachelor of Music degree from the University of Houston, where she was a full scholarship student of Abbey Simon and Ruth Tomfohrde. Miss Hsieh is a Touring Roster Artist sponsored by the California Arts Council and has recently joined Northwest on Tour.