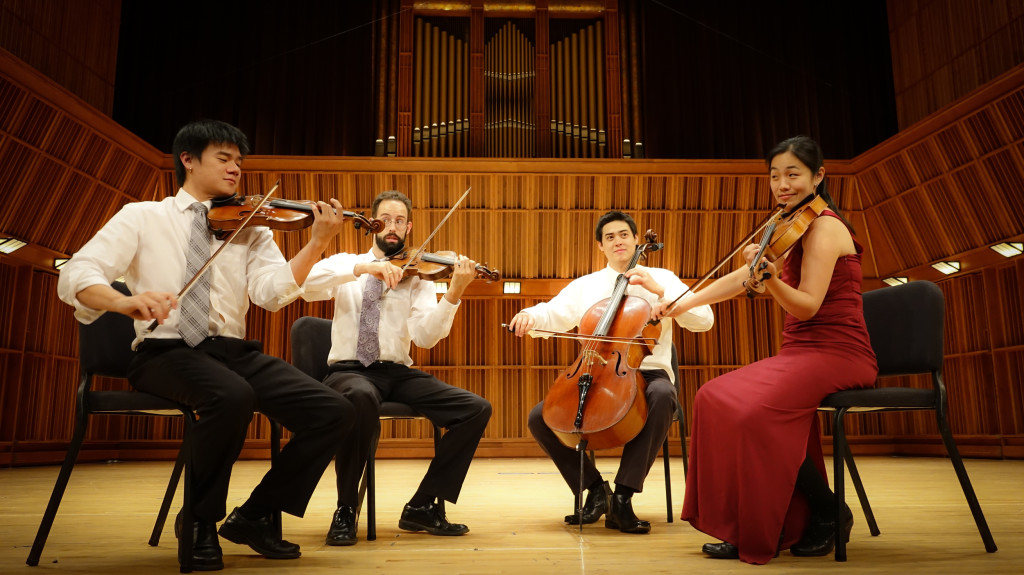 The Telegraph Quartet won the 2016 Naumburg Chamber Music Competition, a prize that also helped launch the careers of such groups as the Pacifica, Brentano and Emerson string quartets and the Eroica Trio. The prize carries with it a performance at Carnegie Hall / Weill Recital Hall and a commissioned work by esteemed American composer Robert Sirota.

The quartet also won the prestigious Grand Prize at the 2014 Fischoff Chamber Music Competition after playing together for less than a year. They were the only American quartet of the fifteen from around the world invited to showcase at the 2016 Paris Biennale de quatuors à cordes (Biennial String Quartet Festival and Symposium).

The quartet collaborates with pianist Simone Dinnerstein, cellist Norman Fischer, and the Henschel Quartett from Germany.

The Telegraph Quartet is based in the San Francisco Bay area.