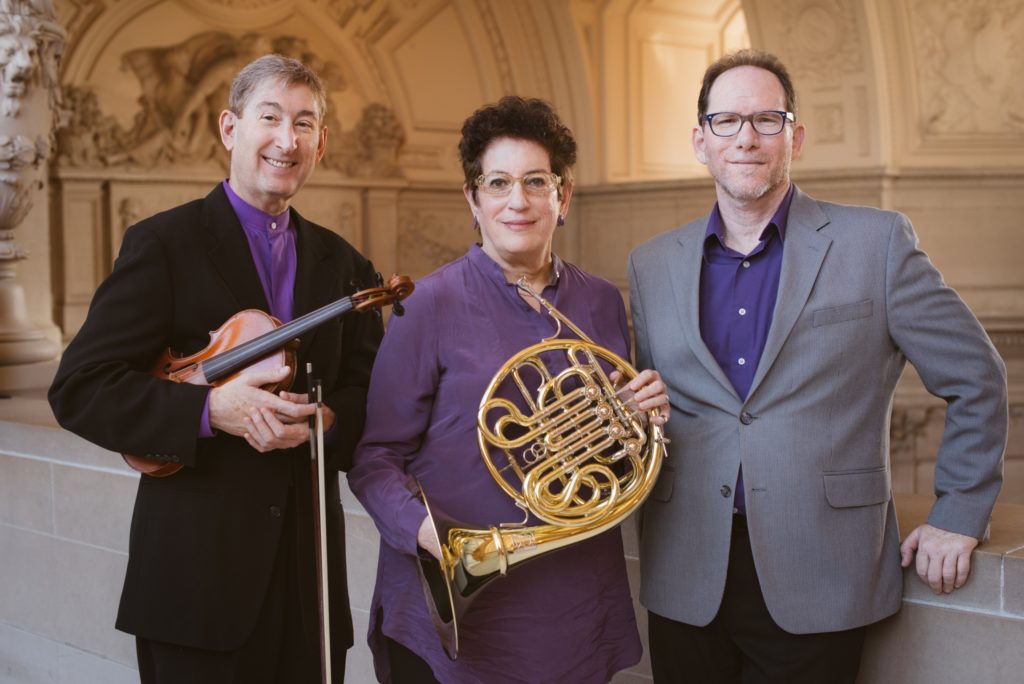 Janis Lieberman had her introduction to the French horn in Turkey. She and her family resided in Ankara for five years where she studied with Erol Gomürgen, Principal horn of the Presidential Symphony Orchestra. Soon after graduating from Boston University School of the Arts. Janis was appointed Principal Horn of the Israel Sinfonietta, and was on the faculty of the Rubin Conservatory of Music in Israel. Janis also performed with the Israel Chamber Orchestra, the Jerusalem Symphony, the Israel Symphony, and the New Israel Opera. She now resides in the San Francisco Bay Area and is a member of the Sacramento Philharmonic Orchestra, Sacramento Opera Orchestra, Sacramento Choral Society Orchestra, Sierra Ensemble, MediusTerra Horn Duo and the Bear Valley Music Festival Orchestra. Additionally Janis plays Principal Horn with Symphony Napa Valley and has performed as Principal with the S.F. Ballet Orchestra, and as a section player with the Santa Rosa Symphony, San Jose Symphony and Berkeley Symphony. As a soloist, Janis has performed Mozart Concertos # 2 and #4 as well as Schumann’s Concertstücke with the Redwood Symphony, the San Francisco Concerto Orchestra and the Bear Valley Festival Orchestra. In addition to performing, Janis enjoys teaching and has contributed her expertise as an instrumental music specialist in bay area school districts.

Marc Steiner is a native of Los Angeles, California. He earned Bachelor, cum laude, and Master of Music degrees from the University of Southern California. As an undergraduate he was elected to membership in Pi Kappa Lambda, the national academic honor society for music. His teachers have included Mildred Portney Chase, Robert Ward, Nina Scolnik and Edna Golandsky. Mr. Steiner has performed extensively as soloist, chamber musician and duo pianist in recitals throughout the United States. Mr. Steiner is pianist with Sierra Ensemble, a dynamic and innovative mixed trio of violin, French horn and piano. The ensemble maintains an ongoing relationship with performers and composers in Turkey through their Turkish American Composers’ Project and San Francisco-Istanbul Musical Bridge Project collaborations. They have toured twice to Istanbul and Ankara, first in 2011 and then in 2013. An active teacher, coach and clinician as well as performer, Mr. Steiner frequently presents lectures and master classes on the Taubman Approach to piano technique. With over thirty years experience with the Taubman work, he served as a faculty member of the Taubman Institute, is a former faculty member of the Golandsky Institute. He is Past President of the Music Teachers’ Association of California, Alameda County Branch, and continues to serve on the board of the Branch’s Scholarship Foundation. He maintains private studios in the East Bay and the Los Angeles area.