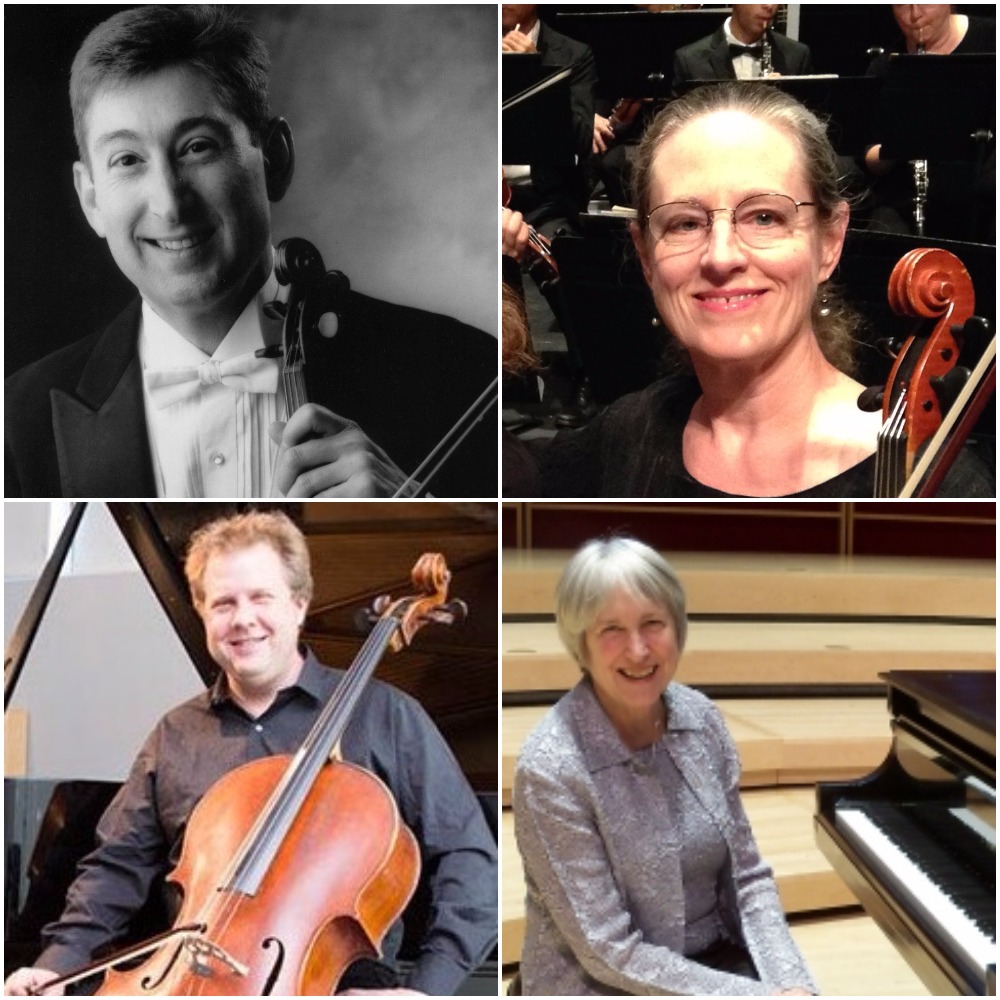 Patricia Whaley, viola, is Principal Viola of Symphony Silicon Valley, the Modesto Symphony, and Ballet San Jose, and a member of the Oakland East Bay Symphony viola section; she also performs regularly with many other Bay Area groups, including the San Francisco Opera. She is well known to Northern California audiences as a soloist, chamber musician and orchestral player. Her “glowing amber tone” was praised in her recent, critically acclaimed performances of Mozart’s Sinfonia Concertante at Symphony Silicon Valley. Ms. Whaley is a former faculty member of Eastern Music Festival, where she performed chamber music with such luminaries as Peter Zazofsky and Franco Gulli. A dedicated teacher, she maintains a private studio and is a coach for many local youth orchestras. Away from the viola, she tutors bnei mitzvah students and leyns Torah, Haftarah, and Megillat Esther at Temple Sinai in Oakland, and she also practices yoga and meditation. She and her husband, conductor Mitchell Sardou Klein, can often be seen walking around Lake Merritt.

Michael Graham, cello, has been hailed by the San Francisco Classical Voicefor his “almost painfully pretty…expressive richness”, and by the San Jose Mercury News as “super-good”. He studied at the Eastman School of Music and Yale University, where he was a founding member of that institution’s secret chamber music society, Skull and Bows. Mr. Graham is a former member of the Chagall String Quartet, winner of a rural residency grant from the National Endowment for the Arts, and the San Francisco-based new music group Adorno Ensemble. He is currently a member of the Oakland Symphony, and appears regularly with the Grammy-nominated New Century Chamber Orchestra and other ensembles throughout the Bay Area. Mr. Graham is committed to exploring music within and beyond the classical genre, and has performed and recorded with artists ranging from Nadja Salerno-Sonnenberg to John Densmore of the Doors. He can be heard on New Century’s recently released albums “Live” and Together”, and on Van Morrison’s latest recording, “Astral Weeks Live from Hollywood Bowl.”

Miss Thompson has performed in chamber music concerts in Alice Tully Hall, Lincoln Center; the 92nd Street “Y” in New York City; the Philip’s Gallery, Washington, D.C.; Boston’s Symphony Hall; Davies Symphony Hall in San Francisco; and most recently in the Teatro Nacional, San Jose, Costa Rica. In the 1980’s she was the pianist member of the Chamber Soloists of San Francisco and the San Francisco Trio. At the present time, Miss Thompson is the pianist of the Navarro Trio, a group which performs frequently throughout the Bay Area.

Marilyn has taught at the San Francisco Conservatory of Music; the College of Holy Names, Oakland, California; at the University of California at Santa Cruz; and is currently on the faculty of Sonoma State University where she has taught since 1976.