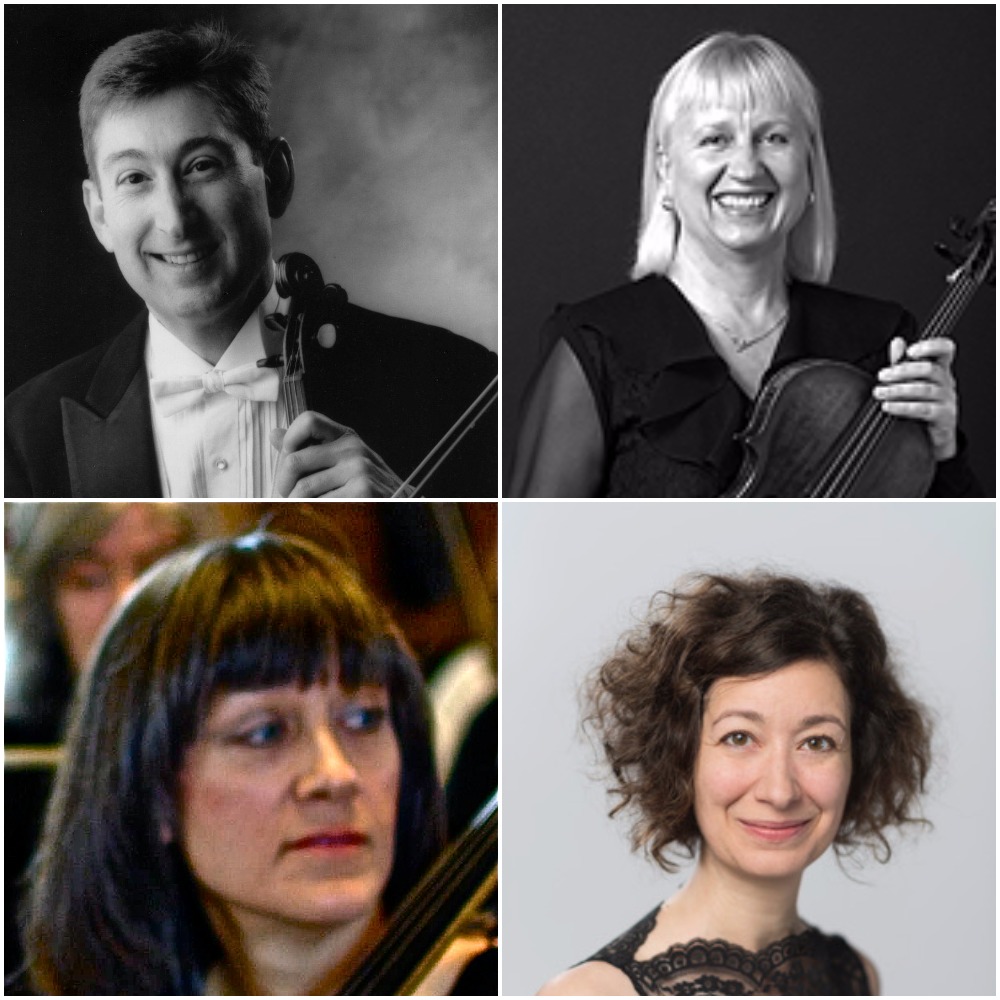 Randall Weiss made his solo violin debut performing the Tchaikowsky Violin Concerto as winner of the Victoria, B.C. Concerto Competition.  For 17- years he was Assistant Concertmaster of the San Jose Symphony, substituting regularly as Concertmaster.  He is currently Assistant Concertmaster of Symphony Silicon Valley, one of America’s newest symphony orchestras.  Mr. Weiss has also appeared with the San Francisco Opera, the San Francisco Ballet and the Louisville Orchestra, and has served as Assistant Concertmaster of the Music in the Mountains Festival as well as Concertmaster and soloist with the Santa Cruz County Symphony.  His international performances include service as Concertmaster of the AIMS Orchestra in Graz, Austria.  Mr. Weiss trained with Paul Kling at the University of Victoria and the University of Louisville, with Tadeusz Wronski at Indiana University School of Music, and with Sylvia Rosenberg at The Peabody Conservatory.  During the summer of 1998, he performed the Mendelssohn Violin Concerto at the acclaimed Eastern Music Festival, where he has been a faculty member since 1989.  Mr. Weiss is the founder and music director of Music in the Mishkan, a chamber music series in San Francisco, and he is a founding member of the Bridge Players, a chamber ensemble based in San Francisco.  He is also an avid runner, hiker, skier and swimmer and has completed three marathons.

Violist Natalia Vershilova was born in Leningrad and graduated from the Leningrad Conservatory, where she studied with the renowned violist Professor Yuri Kramarov. While still a student, she played with the Leningrad Philharmonic Orchestra and the Maly Opera Theater of Leningrad.

Natalia has been a resident of San Francisco for more than twenty years. She teaches privately, and frequently performs with various ensembles throughout the Bay Area.

Victoria Ehrlich, born in Texas, studied at Southern Methodist University, the Academia di Santa Cecilia in Rome, and at the State University of New York at Stony Brook. Her teachers included Robert Marsh, Bernard Greenhouse and Robert Gardner. Prior to joining the San Francisco Opera Orchestra in 1984, she played with the Santa Fe Opera, the Santa Fe Chamber Music Festival, and was principal cellist with the Symphonies of Omaha, Richmond and Phoenix. Ms. Ehrlich has performed with the San Francisco Ballet, San Francisco Symphony, the New Century Chamber Orchestra, Composers Inc., Berkeley Symphony, the Russian Chamber Orchestra, and Lamplighters.  She is also an active chamber musician, performing regularly with the Ariel Quartet, resident ensemble of the Sacramento Chamber Music Society; the Bridge Players, who specialize in music by Jewish and Holocaust composers; the Picasso Ensemble, who present concerts in the historic Sesnon House in Aptos; the International Orange Piano Quartet, and the Fath Chamber Players, a fixture in Mill Valley.  Ms. Ehrlich has collaborated with Roxanne Michaelian since the previous millennium.

Much in demand as a collaborator, and a chamber musician at heart, Amy Zanrosso has shared the stage with principle members of the Montreal Symphony Orchestra, Houston Symphony, Orquestra Filarmônica de Minas Gerais, Minnesota Orchestra, San Francisco Symphony, San Francisco Opera and the San Francisco Ballet. In her years in Montreal she specialized in repertoire for cello and piano and was invited to play for numerous masterclasses led by internationally acclaimed pedagogues and performers such as Philippe Muller, Pieter Wispelwey, Matt Haimovitz, Peter Wiley and Paul Katz. In Fall of 2015, Amy worked with Gustavo Dudamel as the pianist for chorus rehearsals of Beethoven’s 9th Symphony and went on tour to China with the Grammy award winning Pacific Boy Choir. She has also appeared as soloist with the Canadian orchestra Symphony of the Kootenays.