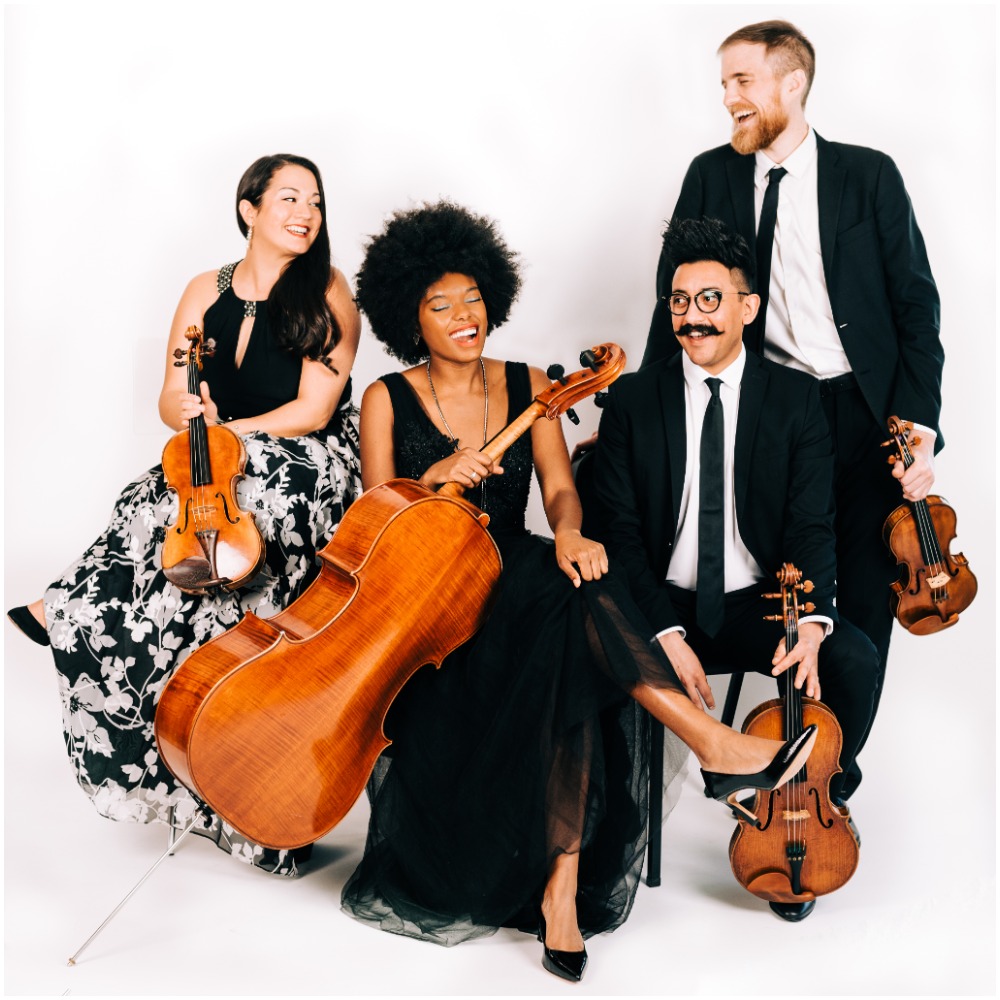 The unparalleled force of personality that Beethoven projected left everyone in awe. Goethe, considered Germany’s greatest literary figure of the modern era who was a powerhouse himself stated: “Never have I met an artist of such spiritual concentration and intensity…such vitality and great-heartedness.”   Compositions of his middle period were written in an evolving revolutionary style;  Beethoven consciously chose not to adapt himself to the world but to make it adapt to him.  For this reason, his works were often received with mixed reactions and certainty even by champions such as Goethe because people did not understand them. Nevertheless, one review of the three quartets of Opus 59 published in the day stated, “Three new, very long and difficult Beethoven string quartets are attracting the attention of all connoisseurs. The conception is profound and the construction excellent, but they are not easily comprehended.”

Today’s concert features the second from a set of three quartets written in 1806 and published in 1808 in Vienna. Beethoven was 36 years old. The works are familiarly referred to as Razumovsky Quartets, as they are named for Count Razumovsky the Russian ambassador in Vienna who commissioned them.  String Quartet No. 8 has four movements: fast, slow, moderate, and fast. According to Carl Czerny, Beethoven’s pupil and long-time assistant, ideas of the second movement (Molto adagio) occurred to Beethoven as he contemplated the starry sky and thought of the music of the spheres.  In the third movement (Allegretto in scherzo form), Beethoven employs a Russian theme in honor of his patron’s heritage.

One might consider Aaron Copland the dean of American composers.  Movement for String Quartet was written when Copland was 24 years old in Paris where he was studying with Nadia Boulanger, the perennial muse and mentor of young American composers seeking to establish their distinctive voices by means of musical discipline, integrity, and conviction. Many of the elements associated with full-blown American classicism of later compositions can be traced to earlier works such as this.

Price’s story is inspirational.  She was an African-American prize-winning classical composer, pianist, organist, and music teacher. Trained at New England Conservatory—one of the few institutions that accepted Black Americans; although Price registered as Mexican to avoid excessive prejudice, she graduated receiving an artist diploma with honors. History remembers her as the first African-American woman to be recognized as a symphonic composer and the first Black American to have a composition played by a major orchestra. Her style blends southern roots with African-American folk tunes and spirituals within traditional European romantic musical language.

The Thalea String Quartet is dedicated to bringing timeless music to audiences from all walks of life. From living rooms to concert stages around the world, the Thalea String Quartet aims to connect with audiences on a musical, emotional, and personal level, from first-time listeners to string quartet aficionados. They are devoted to building a new and diverse audience for chamber music through innovative programming and community engagement.

Formed in 2014 at the Zephyr International Chamber Music Festival in Courmayeur, Italy, the Thalea String Quartet has been praised for their “vibrant performance” and “sincere expressivity” (SF Classical Voice). The quartet has performed recitals across Europe, the United States, and Canada, and has appeared at the Kennedy Center, Massey Hall, and Weill Hall. They were the first quartet-in-residence at the San Francisco Conservatory of Music from 2015-17. They were recently named the Young Professional String Quartet at the Butler School of Music, where they are mentored by the highly acclaimed Miró Quartet. They also serve as Associated Artists at the Queen Elisabeth Music Chapel in Waterloo, Belgium, where they are mentored by the Artemis Quartet. The Thalea String Quartet were top prize winners at both the 2018 Fischoff National Chamber Music Competition and the 2018 Chamber Music Yellow Springs Competition. They were appointed as the Sphinx Ensemble at the 2018 Great Lakes Chamber Music Festival and will return this coming summer as a Shouse Ensemble. They were ensemble-in-residence at the Bear Valley Music Festival for the summers of 2018 and 2019.

The Thalea String Quartet prides itself on the diversity of its collaborations. They have performed Mendelssohn’s Octet in its original manuscript form with the award-winning Borromeo Quartet and shared the stage with Pulitzer Prize-winning composer Caroline Shaw in performances of works for voice and string quartet. They have performed alongside Geoff Nuttall of the St. Lawrence String Quartet, violist Jodi Levitz and composer Mason Bates. They were invited to participate in the 2017 KRONOS Festival, where they performed works from the Kronos Quartet’s “50 for the Future” Project. Committed to collaborating with artists of all backgrounds, the Thalea String Quartet has collaborated with San Francisco-based dance theatre company the Joe Goode Performance Group at the Yerba Buena Center and appeared with acclaimed Canadian band BADBADNOTGOOD at the iconic Massey Hall.

The members of the Thalea String Quartet are dedicated educators and bring their commitment to teaching and community engagement to their frequent educational and community performances. They have performed educational concerts to students of all ages and regularly perform at care facilities and schools across the United States.

Christopher Whitley (violin) is originally from Toronto, Ontario, Canada, Kumiko Sakamoto (violin) is from Medicine Hat, Alberta, Canada; Luis Bellorín (viola) is from Naperville, Illinois, and Titilayo Ayangade (cello) is from Cincinnati, Ohio. Christopher performs on the 1700 “Taft” Stradivari, generously on loan by the Canada Council for the Arts Musical Instrument Bank.