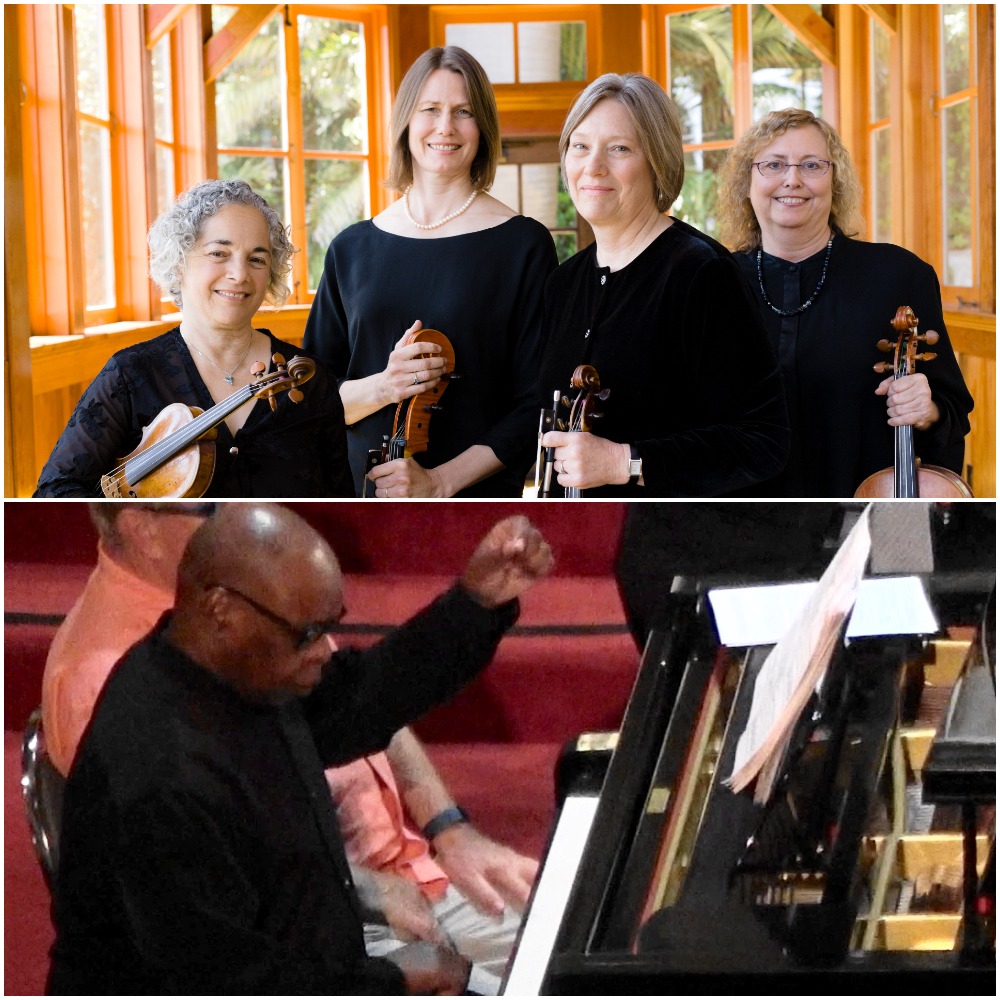 Each performance by the Temescal Quartet reflects a shared love of chamber music so profound that playing together has become a necessity. Formed in 2004 by four musicians who also play in the San Francisco Opera and San Francisco Ballet Orchestras, the quartet answers a need for a depth of creative expression rarely available in the orchestral setting.

One reason that the quartet’s performances are so moving is because its members’ relationships date back many years. Jonna has known founding violinist Barbara Riccardi the longest; at the respective ages of 19 and 20, they played quartets together in a student seminar with the Guarneri Quartet. There they discovered that they shared a common musical language. They subsequently roomed together in New York City and moved to the Bay Area a year apart.

Jonna, Barbara, and Ruth first played quartets together over two decades ago, and have maintained their friendship ever since. Most recently, not long after the start of the 21st century, Barbara met Katie while sharing a stand-in the San Francisco Ballet Orchestra. Finding it easy to play together, their friendship blossomed with their musical partnership.