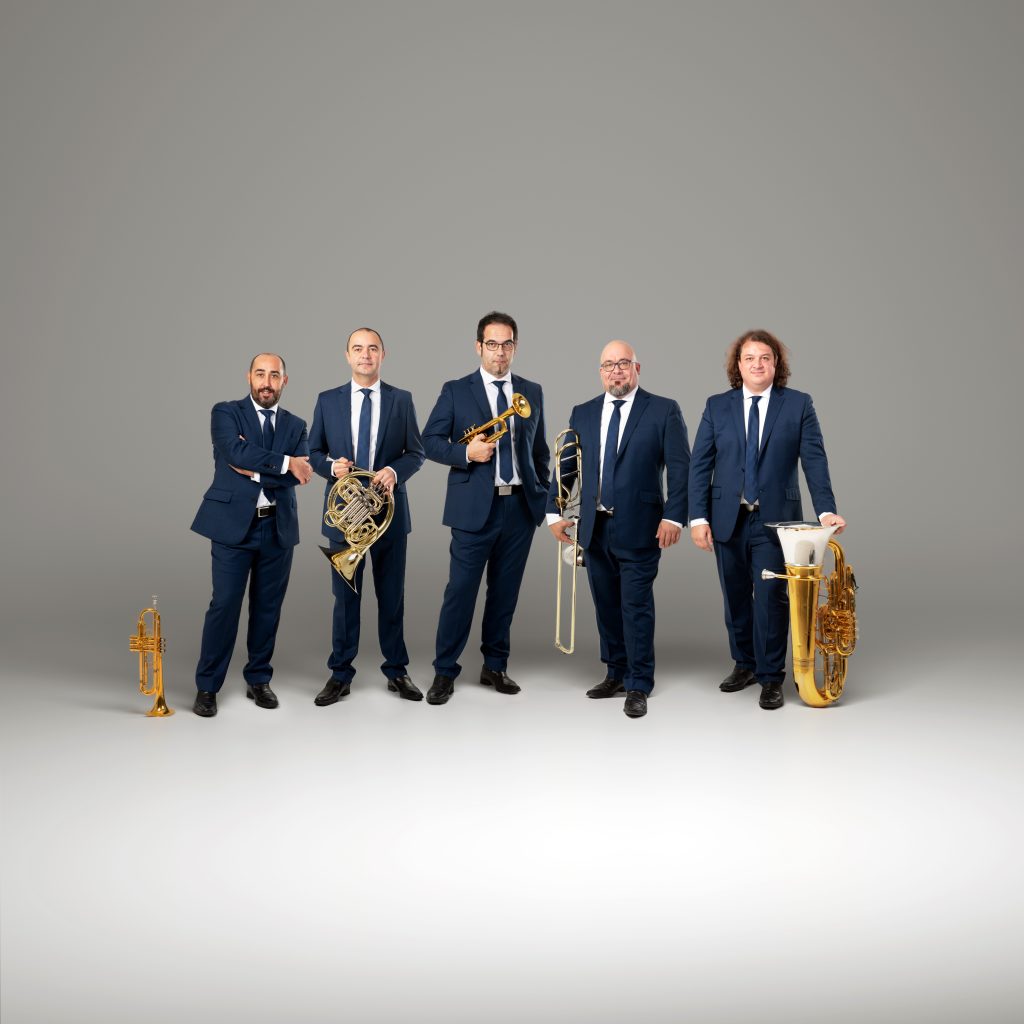 One of the most dynamic and admired brass groups on the international music scene, Valencia’s Spanish Brass will perform a holiday concert of regional Christmas songs, international holiday classics, and more performed in the quintet’s entertaining style.

What Child is This? Traditional (arr. Albert Guinovart)

In 1989 five Spanish musicians created Spanish Brass—an innovative project that quickly gained world renown for its performances, educational activities, and creative collaborations. After they won the First Prize in the 1996 Narbonne (France) International Brass Quintet Competition, the most prestigious event of its kind in the world, trumpeter Bernard Soustrot said, “Of all the First Prize winners of the Narbonne Competition, the Spanish Brass is the best since the competition was founded in 1986.”

In 2017 the group received the I Bankia Music Talent Award in Spain, for the most influential musical artists.

A sampling of their international accolades includes: “They are one of the world´s finest brass quintets ranking up there with Empire Brass, Canadian Brass and American Brass” (Greg Alley); “One of the most exciting and artistic brass quintets to come on the scene in recent years … a gloriously brilliant performance” (International Trumpet Guild Journal); “They play with amazing cohesion, and set the highest standard for brass chamber music” (Maurice André, trumpeter); and “I cannot think of a better brass quintet in the whole world” (Christian Lindberg, trombonist).

They are sponsored by Buffet Group and play with B&S trumpets, Hans Hoyer horn, Courtois trombone, and Melton tuba.

Spanish Brass is sponsored also by the Institut Valencià de Cultura and by the Ministerio de Cultura-INAEM.