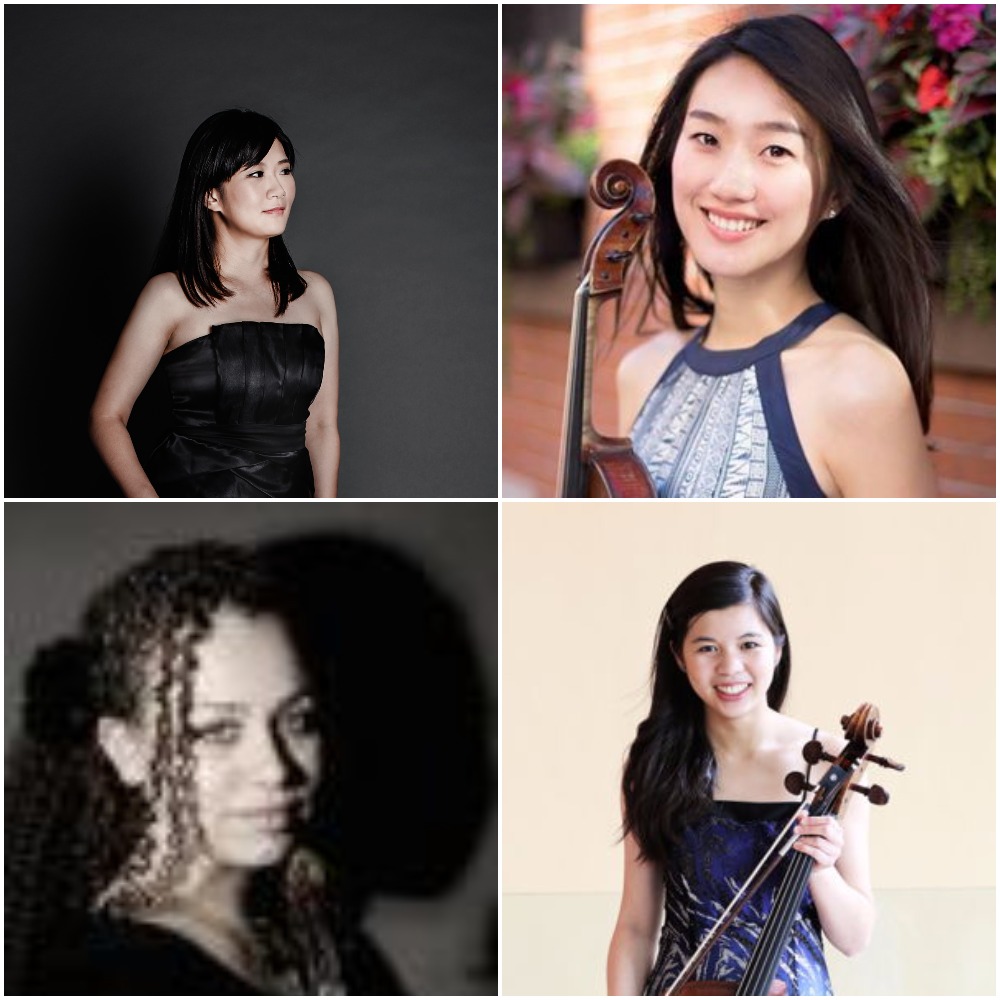 Originally from New York, violinist Shelby Yamin graduated from the Manhattan School of Music with her Bachelor’s Degree as a student of Grigory Kalinovsky. She then moved to San Francisco in 2013 to pursue an artists diploma with the San Francisco Academy Orchestra, receiving instruction from David Chernyavsky and Dan Carlson. She then continued her studies in California, getting her Master’s Degree at the San Francisco Conservatory of Music while studying with Ian Swensen. Shelby has also had the opportunity to study with Sylvia Rosenberg at the Aspen Music Festival and School, as well as Pinchas Zukerman at the National Arts Centre of Ottawa, Canada. In the summer of 2013, Shelby played with the Schleswig Holstein Musik Festival where she served as concertmaster, and the following summer she became a member of the Utah Festival Opera and Musical Theater company. In 2015 Shelby toured Japan with the New York Symphonic Ensemble. As a chamber musician, Shelby received first place in the Virtuoso e Bel Canto chamber music competition, as well as the Berkeley Piano Club’s Barbara Fritz chamber music competition. Shelby is currently a member of the Santa Barbara Symphony and the Monterey Symphony and maintains a full teaching studio in the Bay Area, in addition to pursuing a Professional Studies Degree in Historical Performance at San Francisco Conservatory of Music with Elizabeth Blumenstock.

Violist, Lena Ho, was born in Taipei, Taiwan. She started learning piano at age six and later began playing viola at age nine. She has performed as a soloist and chamber musician in the United States, Canada, Europe, Taiwan, and China. She holds a Master Degree and Graduate Diploma from New England Conservatory and a Bachelor of Music from Taipei National University of the Arts. Her primary teachers include Dimitri Murrath, Michelle LaCourse, and Chun Heng Ho. Lena has also participated in Master Class with Kim Kashkashian, Nobuko Imai, Heidi Castleman, Hsin Yun Huang, Ettore Causa, Wing Ho, and Rainer Moog. An enthusiastic chamber musician, Lena has performed in festivals including the Heifetz Institute of Music, Banff Music Festival, the Bowdoin International Music Festival, and Eastern Strings Festival. She also participates in the Music for Food project organized by Kim Kashkashian. Music for food raises awareness of hunger problems faced by a large percent of the population and gives the opportunity to experience the powerful role of music. Lena has won several competition prizes such as the winner of Boston String Bach Competition, the First Prize of Duxbury music Festival Chamber Competition, and Eastern Music Festival Viola solo Competition. She was a member of Apollon string Quartet who was elected to play at The Gala Concert in New England Conservatory Jordan Hall.

Stephanie Tsai recently graduated from Stanford University and moved to San Francisco. She began her cello studies at age 7 with Irene Sharp and then continued with Sieun Lin at the San Francisco Conservatory of Music. She studied with Christopher Costanza for 5 years at Stanford. Stephanie is a former member of the San Francisco Symphony Youth Orchestra, serving as its principal cellist from 2009 to 2012.

She has performed in 2003, 2005, 2007, and 2008 Junior Bach Festivals in the Bay Area. She participated in the Music@Menlo Chamber Music Festival during the summers of 2008 and 2009 in its Young Performers Program. Stephanie has played in master classes by Laurence Lesser, Ron Leonard, Ian Swensen, Steven Isserlis, and Emilio Colon.

Stephanie has been active in numerous musical ensembles at Stanford, including the Stanford Philharmonia and chamber music program. She enjoys teaching cello, and she also taught piano in the after-school program at Costaño Elementary School in East Palo Alto and formed the non-profit organization Gunn Music @ Costaño.

As a former English major, Yi-Fang Wu decided to pursue her love of music after graduating from National Tsing-Hua University in Taiwan and came to Cleveland Institute of Music to study with Paul Schenly and Daniel Shapiro for Master Degree in Piano Performance. CIM was the very first music school in her life, and there she quickly absorbed music theory, history, and everything else at a dizzying pace during the two-year program. She shockingly discovered after those years that her heart did not actually belong to solo performance, but instead enjoyed musical interactions with others, and proceeded to join the Collaborative Piano program with Anita Pontremoli at CIM. It was the most exciting period during which Yi-Fang developed a love of string repertoire and since then, she has collaborated with many wonderful chamber musicians while also maintaining a position as a staff pianist of San Francisco Conservatory’s Pre-College division. Yi-Fang has performed at the Eastern Music Festival, Hidden Valley Festival, The Quartet Program, and Miami Music Festival. This summer, she will be attending the International Music Festival and Workshop in Germany. Yi-Fang continues her musical growth through an exciting journey of sound-searching with Elizabeth Park at EP Center for Professional Studies of Music Performance.