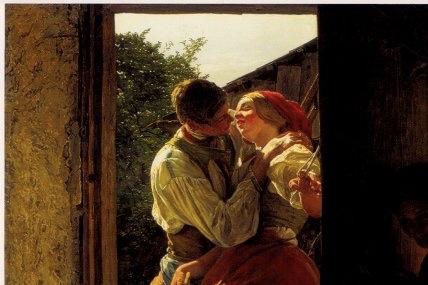 Hungarian Dance No. 5 in F-sharp minor

Katherine McKee received her Bachelor’s and Master’s degrees from New England Conservatory of Music, where she studied choral conducting with Lorna Cooke de Varon and voice with Bernard Barbeau. Much in demand as an oratorio soloist, she has performed with, among others, Philharmonia Baroque, the San Francisco, Modesto Symphony, Soli Deo Gloria, San Francisco Choral Society, Oakland Symphony Chorus, Camerata Singers of Monterey, and Marin Oratorio. A devoted recitalist, she has presented recitals at The Church of St. Mary the Virgin, Sunset Arts & Music, Music at St. Matthew’s, Noontime Concerts, Pacifica Performances, Capp Street Community Music Center, Holy Innocents’, St. Luke’s, St. David of Wales and First Presbyterian Church in Alameda. She has been a core member of the Philharmonia Baroque Chorale since its founding in 1995, and sings frequently with the San Francisco Opera Chorus. Ms. McKee serves as Music Director of the San Francisco Renaissance Voices and St. Bede’s Episcopal Church in Menlo Park. She maintains busy vocal studios in San Francisco and Menlo Park, and serves on the Artistic Advisory Committee of Noontime Concerts in San Francisco.
Tenor Colby Roberts (tenor) received the degree of Bachelor of Music in Vocal Performance from the New England Conservatory of Music in Boston. Later in New York, he was a member of the Gregg Smith Singers, a professional ensemble dedicated to performing American and contemporary music. He has performed throughout the United States, as well as in Israel and Europe. Bay Area credits include performances with American Bach Soloists and Philharmonia Baroque. He has sung solo roles with Berkeley Opera, Livermore Opera, and San Francisco Lyric Opera.  In addition, he was the tenor soloist for a performance of Verdi’s Requiem at the Mendocino Music Festival.  Mr. Roberts has performed several roles with San Francisco Opera, including most recently the role of Parpignol in San Francisco Opera’s performances of La Boheme in the summer of 2017.
Frederick Matthews (baritone) has been praised by audiences and critics alike for his appearances on the operatic and concert stages. International recognition came while on tour singing the role of “Jake” in Gershwin’s Porgy and Bess when it was reported, “Matthews projected evenly balanced singing and left an exquisite stage impression.” (Neue Presse-Augsburg, Germany) Now a member of the San Francisco Opera Chorus, he has performed and covered and variety of roles. Of note, “Fasolt” in Das Rheingold, “Ein Diener” in Berg’s Lulu, “Marschallin Lackey” in Strauss’ Der Rosenkavalier, “Registrar” in Puccini’s Madama Butterfly and “The Corporal” in Donizetti’s La Fille du Régiment. Of these performances a reporter wrote, “Frederick Matthews magnetized attention and was particularly affable…and strikingly mellifluous!”  He also proudly teaches Music to Kindergarten through 5th Grades in the PublicSchool System.

Carl Blake (pianist) holds three degrees in piano performance: Bachelor of Music (magna cum laude) from Boston University, Master of Arts from San Jose State University, and Doctor of Musical Arts from Cornell University. Dr. Blake has performed three times in Weill Recital Hall (formerly, Carnegie Recital Hall) and has toured in Russia, France, England, Central and South America, and the Caribbean Islands as Artistic Ambassador for the United States Department of State.  Currently, he serves as Director of Music of The Church for the Fellowship of All Peoples in San Francisco and teaches piano in his private studio in Oakland.  Mr. Blake is an advisory board member of SF Noontime Concerts.

Bill Quist (pianist) was educated at the esteemed Interlochen Arts Academy in Michigan for five years on a Van Cliburn Scholarship.  His education continued with chance meetings and coaching with Ned Rorem, Calvin Simmons, Michigan Opera’s founder David DiChiera and Noel Lee (American/Parisian composer and pianist).  Quist has performed with the San Francisco Symphony in Davies Hall, the Concord Pavilion and the Design Center as an extra pianist and celesta player, and rehearsal pianist and singer with the San Francisco Symphony Chorus.  His choral experience includes being a charter member of the San Francisco Choral Artists (Reference Recording’s Star of Wonder) and singing with Berkeley’s Sacred and Profane Choir and Singers Marin’s a capella group, Just Voices.  He is published with RCA, BMG-Sony, Hal Leonard of Chicago and Windham Hill with his clear take on Erik Satie.