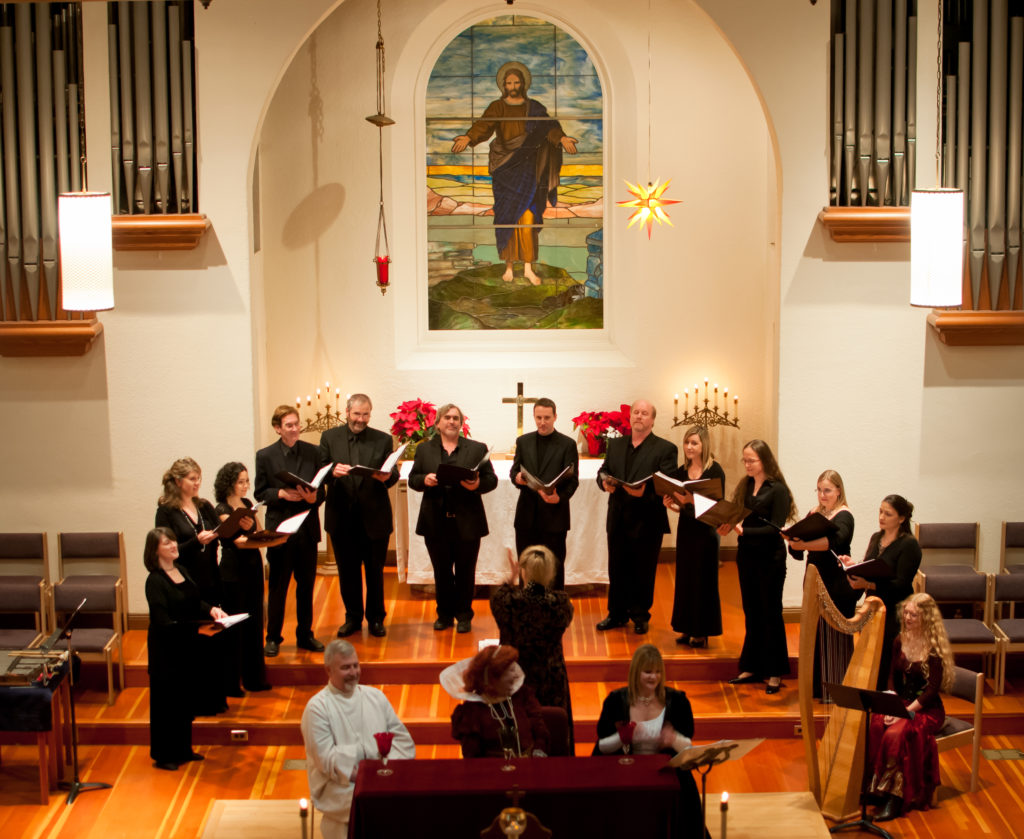 San Francisco Renaissance Voices debuted in October 2004 with a “standing room only” performance of Victoria’s Officium Defunctorum à 6 and quickly became a favorite of Early Music audiences in the Bay Area. Recognized for our imaginative programming, we are a professional mixed-voice ensemble dedicated to performing and exploring the a cappella choral music of the Renaissance, particularly lesser-known and rarely-performed works.

During our ten-year existence, the group has been featured by the national magazine Early Music America, the Los Angeles Times, the San Francisco Chronicle, Newsday, USA Today and San Francisco Classical Voice, among others. Most recently we were hailed by the San Francisco Examiner who said of our 2013 production of the Medieval Play of Daniel, “… one could not have asked for a more entertaining spectacle, a tour de force …”. A true favorite of Bay Area audiences San Francisco Renaissance Voices was selected as “Best Classical Music” by SFWeekly’s 2010 “Best of San Francisco” edition.

San Francisco Renaissance Dancers, our resident dance troupe, began in 2012 by sponsoring a day-long Baroque Dance Workshop led by the internationally-renowned dancer, teacher, and dance scholar Philippa Waite of Consort de Danse Baroque (UK). The troupe provides dance for our more theatrical performances and our operas, as well as performing a dedicated dance program once a season. Under the leadership of Jennifer Meller the group continues to gain stature in the Bay Area’s dance community. They are frequently featured as guest artists with other Early Music groups, most recently in Henry Purcell’s Dido and Aeneas with Marin Baroque and as part of Philharmonia Baroque Orchestra’s annual family concerts.