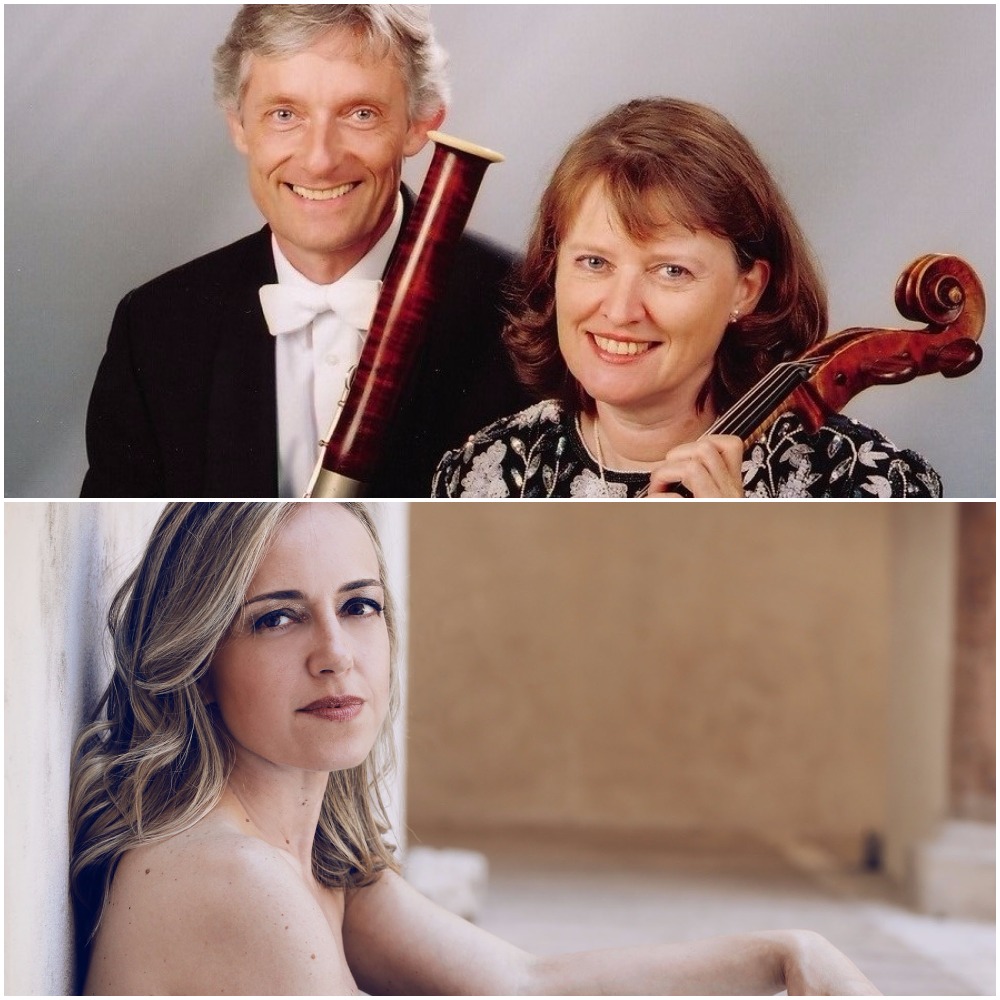 Jean-Baptiste Loeillet: Suite No. 1 in G minor for cello and bassoon

Edvard Grieg: Sonata in A minor, Op. 36 for cello and piano

Internationally concertizing American cellist Rebecca Rust, student of Margaret Rowell, Bernard Greenhouse and M. Rostropovich and German bassoonist Friedrich Edelmann, principal bassoonist of the Munich Philharmonic Orchestra under the principal conductors Sergiu Celibidache and James Levine are concertizing and recording regularly as cello-bassoon DUO and together with piano as a TRIO in Europe, U.S.A. and Japan, including performances at the Imperial Palace of Japan in Tokyo in front of Their Majesties Emperor Akihito and Empress Michiko and private music-making with Empress Michiko on the piano. In the summer of 2017, they were participants in the international FORFEST Festival in the Czech Republic performing mostly music composed for them. In fall 2017 a concert tour in Japan is planned, sponsored by Mercedes-Benz Japan.

Pianist Laura Magnani, Spoleto (Italy) native, holds a double degree in Piano and Voice, earned with honors at the Conservatory of Perugia, a DMA in piano performance at the “Accademia Nazionale di Santa Cecilia” in Rome and a Master’s in Piano at the Conservatory of Perugia. She attended multiple Masterclasses along with eminent pianists such as S. Perticaroli, A. Delle Vigne, B. Petrushansky, M. Campanella, D. Pollack and many others. Since age 15 she’s been active as a performer, touring Italy, Europe, USA and Canada as a soloist and in various chamber music ensembles, gaining the enthusiasm of her audiences and the critics’ acclaim. She has served as the artistic director of the Spoleto Piano Festival for 15 years.

Since moving to California in 2013, Ms. Magnani has been actively concertizing for many Bay Area organizations, including Silicon Valley Italian Festival, San Francisco’s Museo Italoamericano, Leonardo da Vinci Society, and 405 Shrader; Berkeley’s Town and Gown, and Marin County’s Musica Marin, among others. Always engendering enthusiastic feedback from her audience, Ms. Magnani recently became a performing member of the prestigious Berkeley Piano Club. Sought after as an adjudicator for piano competitions, Ms. Magnani is equally in demand as a piano teacher and a vocal coach. She teaches piano and chamber music at Marin Academy in San Rafael, Marin Community Music School in San Anselmo, as well as maintaining a private studio in Novato.